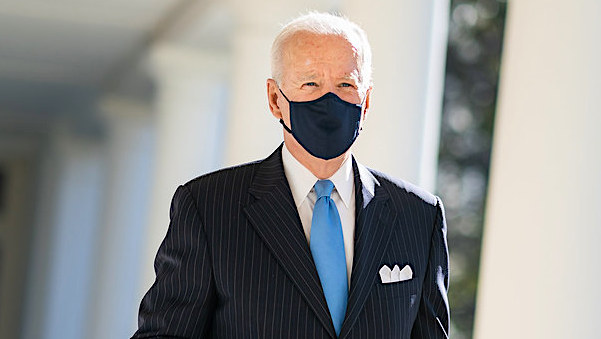 A new lawsuit filed by the American Freedom Law Center charges that Twitter and its chief, Jack Dorsey, have been acting as President Biden’s lackeys regarding the administration’s COVID-19 vaccination policy.

AFLC Senior Counsel David Yerushalmi explained the allegations in the case filed against Biden, Twitter and Dorsey: “In effect, the Biden administration has enlisted and effectively deputized big social media as enforcement agents to silence criticism of government policy. This is not about the facts or about science.”

He continued, “This, pure and simple, is government censorship of speech – the viewpoint of which the government disagrees. That is patently unconstitutional and demonstrates fairly effectively that neither President Biden nor Twitter cares one w[h]it about freedom of speech or science, for that matter.”

The AFLC filed the action in U.S. District Court in Arizona.

It is on behalf of Dr. Colleen Huber, a licensed naturopathic medical doctor who, after posting a social-media statement from a well-known Israeli newspaper about the mortality rates relating to COVID-19 vaccinations, was suspended by Twitter.

“As the complaint alleges, Twitter is in reality enforcing the Biden administration’s policy to silence anyone critical of COVID-19 vaccinations,” the legal team explained.

It charges the actions constitute a violation of the First Amendment.

The case, in addition to addressing the violations of Huber’s liberties, seeks class action status to protect the rights of “everyone else similarly subject to censorship by Twitter.”

Robert Muise, co-founder of the AFLC, explained, “For too long, social media giants like Twitter have been able to do the bidding of the Democrat Party and other left-wing organizations with impunity. Twitter uses its immense power to shape public policy and opinion in favor of these leftists. It even uses its power to influence elections.

“Twitter has become an instrument of influence for radicals in the government. The time has come to stop this dangerous, unchecked, propaganda arm of the Left. We intend to do so through this litigation,” he said.

The complaint asks the federal court to declare the censorship by Twitter on behalf of the Biden administration unconstitutional and to order the end of this discriminatory policy.

Further, the case challenges the immunity granted Twitter and the other social media giants by section 230 of the Communications Decency Act as unconstitutional.

The case charges, “Defendants Twitter and Dorsey, operating jointly and conspiring with defendants Biden and other federal government officials in the Biden administration … is engaging in viewpoint discrimination – the most egregious form of content discrimination – in violation of the First and Fifth Amendments to the U.S. Constitution.”

The complaint explains the internet is a unique forum because of its accessibility, size and depth.

“Denying a person access to this important social media forum based on the content and viewpoint of the person’s speech on matters of public concern is an effective way of silencing or censoring speech and depriving the person or organization of political influence and business opportunities,” the filing explains.

But when Huber posted a quote from Israel National News that stated, “Infectious disease team: [Pfizer’s experimental shot causes] ‘mortality hundreds of times greater in young people compared to mortality from coronavirus without the #vaccine, and dozens of times more in the elderly,’” she was censored.

The social media giant said she could appeal her suspension but then said it would entertain no further comments and she was suspended permanently, the case charges.

“Upon information and belief, Dr. Huber’s suspension from Twitter was a conspiracy and/or joint action between Twitter and unknown officials in the White House … who have engaged in the unlawful conduct alleged herein pursuant to their official government capacities under the direction and, ultimately, control of Defendant President Biden.”

After all, it was a “senior White House offici8al” who confirmed the “Biden-Harris administration is ‘talking to’ social media companies ‘so they understand the important of misinformation… and how they can get rid of it.”

Further, a “Twitter spokesman said the company is ‘in regular communication with the White House on a number of critical issues including COVID-19 misinformation,’” the document said.

That means Twitter is “acting pursuant to instruction by and at the direction of Defendant Dorsey, and officials in the White House” to agree to “suspend Twitter accounts that post viewpoints on COVID-19 with which they disagree.”

The government’s involvement makes that a violation of the First Amendment, the lawsuit complains.

The filing requests class action status so that questions can be answered, like, “Does it violate the First Amendment for the government to conspire with a private entity to silence or chill viewpoints with which it disagrees?”