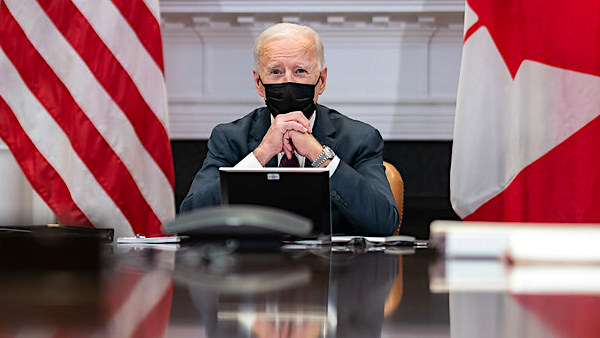 Presidential administrations for many years have worked to deport criminal illegal aliens who find their way into the United States.

The Biden administration is standing down and, apparently, letting them do what they want.

That’s according to Florida Attorney General Ashley Moody who has filed a lawsuit against the White House and its occupants for “refusing to do their jobs and deport criminals.”

That, according to Moody, puts the safety of Florida residents “at risk.”

“Until President Biden’s inauguration, presidents of both parties detained and deported criminals. This is a radical shift that places Floridians and our law enforcement officers in greater danger, and that is why I filed suit,” she explained.

The Washington Examiner noted the evidence of the problem created by Biden, when he ordered federal agents to seek approval from senior leadership before deporting anyone who had not crossed the border “recently,” is there.

The president’s policy also requires federal agents to focus only on “threats to national security” and other highly dangerous offenders, the report explained.

The Trump administration actively was seeking out criminal sex offenders who are in the U.S. illegally, and moving to get them out of the country.

“First, they canceled Operation Talon, which targeted sex offenders here in the United States illegally and now they’ve released guidance, which is basically releasing into our streets, serious criminal offenders. They’re canceling retainers and requiring our law enforcement leaders to release them back into our state. And this includes heroin traffickers, people that are breaking into homes – you know use of a firearm with some of these felonies,” she said.

Biden officials claimed their moves are to “prioritize” law enforcement to do what they say they want most: “to achieve the greatest security and safety impact.”

But Moody explained Florida still has man “felons” for which the federal agency has refused to issue detainers.

“The attorney general documented six instances of the government body declining to apprehend convicted criminals with charges, including burglary, heroin sales, cocaine trafficking, and illegal possession of a firearm,” the Examiner reported.

In one case, inmate, Loveson Pierre was convicted of 18 counts of burglary and four charges of grand theft but is being exempted from action by ICE.

“President Biden and members of his administration now seek to shirk their non-discretionary duty to detain and remove criminal aliens and, in a transparently pretextual fashion, justify that dereliction with the year-old COVID-19 pandemic,” the attorney general explained in the legal filing.

“This abdication of duty is resulting and will continue to result in the release of dangerous drug traffickers, violent offenders, and other serious criminals into Florida and the nation’s communities to wreak havoc and victimize anew.”

Earlier, Montana and Arizona both sued the Biden administration over the Biden strategy to leave unaddressed problems of criminal illegal aliens.

They charged, “Although the moratorium in the Memorandum is purportedly for 100 days, and in the Interim Guidance for 90 days, no apparent limiting factor is explained: if this action is permitted to stand, DHS could re-assert this suspension power for a longer period or even indefinitely, thus allowing the current Administration to unilaterally amend the immigration laws as applied to the vast majority of the removable or inadmissible aliens in this country without the required congressional act. The Constitution and controlling statutes prevent such a seismic change to this country’s immigration laws by mere memorandum.”