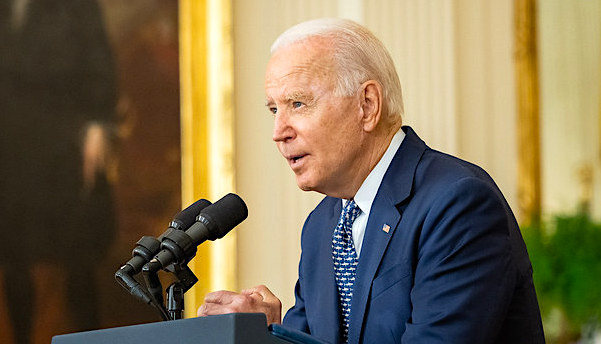 Joe Biden is under water on his job approval rating by a full 15 points, gaining the endorsement of only 37% of Americans responding to a new Quinnipiac poll on the issue.

Fifty-two percent give him a negative job rating.

The partisan divide on this issue reflects similarly wide gaps on many major issues in American today – despite Biden’s claim during his campaign that he would be the one to unite the country.

The poll also revealed that 78% of Republicans now want Trump to run again for president in 2024, and that number has been rising.

Democrats overwhelmingly fear a Trump 2024 campaign, with 94% saying they do not want to see Trump run again. Some 58% of independents are in that category.

“While a majority of Americans say, ‘been there, done that’ about Trump, and half feel he has damaged the underpinnings of democracy, support for the former president within the GOP has grown,” said Quinnipiac University Polling Analyst Tim Malloy.

The poll showed Americans believe the three most important issues are the economy – which has seen surging inflation under Biden with products shortages brought on by supply chain breakdowns; COVID-19, which according to government reports has killed more people under Biden’s administration than during Trump’s, when it erupted and circled the globe; and immigration, which under Biden’s decision to cancel President Trump’s border security plans has seen hundreds of thousands of illegal aliens surge into the U.S.

Climate change and racial inequality are thought as significant by only single percentages.

Republicans say the most urgent issues are immigrant, the economy and federal debt, while Democrats fret over COVID, health care and climate change.

“What worries Republicans most does not top the list of Democratic concerns, and vice versa. But for the country as a whole, the state of the economy edges out the pandemic and issues at the border as the matter of greatest concern,” added Malloy.

Opposition to a wall on the border with Mexico, launched by President Trump and stopped by Biden, is gaining support. Forty-six percent now support that, the highest percentage since 2017.

“While it is a tossup, there is considerably less opposition to construction of a border wall under the Biden administration than there was when former President Trump made it a strident rallying cry,” said Mallow.

Also, 56% say the nation already knows enough about what happened at the Capitol on Jan. 6, and 59% say it was an attack on government. More than half think President Trump bears a responsibility for the events.

A week ago, the poll results showed Americans giving Biden negative ratings in many areas. A full 50% disapproved of his coronavirus response, 55% of his work on the economy, 58% of his job commanding the military, 54% on taxes, 58% on foreign policy and a whopping 67% on immigration and border issues.

Fifty-five percent said the Biden administration is simply “not competent” to run the government.

Commentator Paul Bedard at the Washington Examiner also noted, “Biden’s numbers may be sinking like a ship , but members of Congress are faring even worse. Per the Quinnipiac poll, respondents gave congressional Democrats a negative 30% approval rating to 60% disapproval. For congressional Republicans, it was 23% to 65%.”