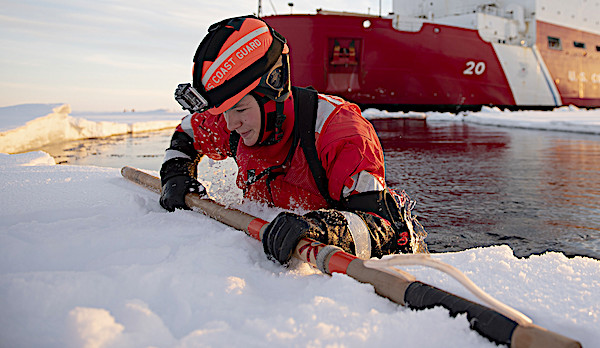 Less than 10 years remain before the oft-claimed “tipping point” for the planet, but sea ice in the Arctic Ocean is the highest it’s been in nine years, increasing more than 30% from last year, while the Antarctic’s level is well above normal.

He noted the Arctic Ocean gained a record amount of sea ice during the first week of September.

“Most years the Arctic loses ice, but this year ice extent has increased” more than 77,000 square miles, he wrote on Twitter, adding the news likely would not be reported by CNN, BBC News or the New York Times.

Meanwhile, the sea melt this summer was the lowest in 15 years, and the expanse of Antarctic sea is well above average.

In January 2019, U.S. Rep. Alexandria Ocasio-Cortez, D-N.Y., drew attention to the claim of some climate-change activists that a U.N. climate report the previous year concluded the planet had only 12 years to address climate change.

Speaking at an annual MLK Now event in New York City, she defended the trillion-dollar price tag she proposes for addressing climate change through her “Green New Deal.”

“Millennials and people, you know, Gen Z and all these folks that will come after us, are looking up, and we’re like: ‘The world is gonna end in 12 years if we don’t address climate change, and your biggest issue is how are we gonna pay for it?’”

Ocasio-Cortez’s claim of impending doom relies on the 2018 U.N. “Special Report on Global Warming of 1.5ºC,” which did not conclude the world would end in 12 years. The climate scientists who produced the report warned that any rise in global warming of more than 1.5 degrees celsius by 2030 would result in drought, floods, extreme heat and poverty for hundreds of millions of people.

“Millennials, and Gen z, and all these folks that come after us, are looking up and we’re like ‘the world will end in 12 years if we don’t address climate change, and your biggest issue is how are we gonna pay for it?’” @AOC #MLKNow #MLK2019 pic.twitter.com/fbUxr2C0tJ

However, 2018 marked 30 years of failed climate-alarm predictions, with many forecasts of a “point of no return” and a “critical tipping point” having long passed.

In July 2019, as WND reported, the left-wing thought leader Think Progress warned that the deadline was actually only a little more than a year, because the planet would be doomed if President Trump were re-elected in November 2020.

This week, the New York Times reported a number of leading health and medical journals declared climate change “the greatest threat to global public health” and called on governments to respond with the urgency with which they confronted the coronavirus pandemic.

The declarations followed the announcement that the Biden Health and Human Services Department will treat climate change as a public health issue.

The Daily Caller pointed out that governments and public health bodies could invoke emergency authority as they have in response to COVID-19 and enforce drastic measures such as curbing private-vehicle use, consumption of animal products and fossil fuel drilling.

A study published in Nature Climate Change in March found that during the 2020 lockdowns, carbon emissions fell by about 2.6 billion metric tons in 2020. A pandemic-scale lockdown once every two years would produce an equivalent decline in emissions over the long-term, the researchers concluded.

“If climate activists were allowed, they would take us from COVID lockdowns straight into climate lockdowns,” JunkScience.com founder Steve Milloy told the Daily Caller. “Now that they’ve seen arbitrary lockdowns successfully imposed under the guise of a ‘public health emergency,’ they can’t wait for federal, state and local declarations of a climate emergency to achieve the same sort of dominance over us.”