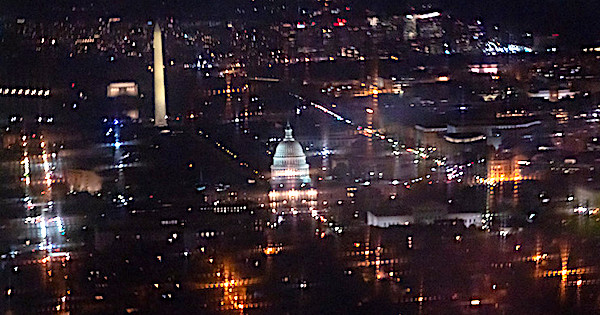 Capitol Police were warned by both U.S. Homeland Security and District of Columbia authorities of potential violence at the Capitol more than two weeks before the Jan. 6 riots, according to internal memos obtained by Just the News.

A Dec. 21, 2020, email sent to officials in the Capitol Police’s Intelligence and Interagency Coordination Division included warnings of online chatter threatening a “bloody war,” concealing guns and burning down the Supreme Court.

“Right-wing extremists are talking about tunnels below the Capitol Complex and the allegiances of USCP officers,” Capitol Police intelligence expert John T. Nugent Jr. wrote in the email.

One social media post, Nugent said, “had garnered quite a bit of interest online” about Jan. 6 because it included a map of the Capitol grounds.

The post was “showing the tunnel system underneath the campus, and the thread has several mentions of digging, probing security, carrying tools to the Capitol,” the email said.

The email warned “militia members discuss attending a January Pro-Trump-Rally and that one of the militias, the Oath Keepers, was asking Trump “not to concede, warns of ‘bloody war’ if he doesn’t invoke the Insurrection Act” and “seize all databases of the CIA, FBI, NSA, DNI.”

Just the News noted 11 figures have been charged with “seditious conspiracy” by the Justice Department.

The day of the D.C. government warning, the DHS sent Capitol Police an extensive dossier warning of internet chatter suggesting the Jan. 6 event could be violent.

The warning was summarized in an “Investigative Research and Analysis Report” obtained by Just the News. It shows Capitol Police were given access to a non-public blog where maps of the Capitol and the tunnel systems were shared.

Jan. 6 attendees, the news site said, made several comments that “promote confronting members of Congress and carrying firearms during the protest.”

The report included eight pages of threats made by potential attendees of the rally, including:

“We can’t give them a chance,” one of the flagged posts from December stated. “Overwhelming armed numbers is our only chance.”