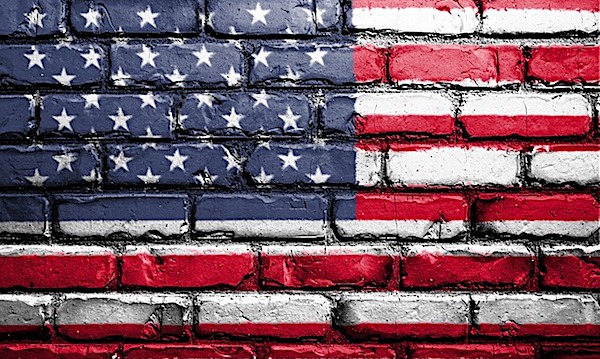 The attorney general in Arizona, a key American state in the fight against an invasion of illegal aliens coming across its border with Mexico, apparently now can take the fight to a whole new level.

A report from Courthouse News says a legal opinion has been released by the state’s attorney general that clears the way for the state to use the National Guard against the “cartel invasion.”

The opinion from Attorney General Mark Brnovich classified the human smuggling cartel activity on the border with Mexico as an “invasion,” the report explains.

It concludes that Gov. Doug Ducey is approved to use defensive force to protect the state.

The flood of illegals became a crisis when Joe Biden took office and immediately canceled the multiple programs that President Trump has used to defend America’s southern border.

He established the “Remain in Mexico” program, built miles and miles of a new border wall and upgraded other sections, and importantly sent the message that those breaking the law to enter the United States would not be welcomed.

When Biden abolished virtually all of those efforts, the message heard in Central and South America, in addition to Mexico, was that the border was open and newcomers were welcome to arrive and start partaking of all the social welfare programs America offers.

“The federal government’s failure to secure the border and protect Arizona from invasion is dangerous and unprecedented,” Brnovich wrote. “Thankfully, the Founders foresaw that states might need to protect themselves from invasion and made clear in the Constitution that states retain the sovereign power to defend themselves within their own territory.”

The opinion had been requested, the report said, by Rep. Jake Hoffman, a Republican, who wondered about the failure of the Biden administration to fulfill its obligations to “protect the state from invasion” as required in the U.S. Constitution.

Hoffman, Courthouse News reported, documented federal reports showing a 95% surge in Fentanyl seizures, a boost of 1,666% in homicides and manslaughter, and more, at critical border points.

“There is every basis to conclude this sovereign power was retained as reflected in the State Self-Defense Clause,” Brnovich wrote.

He explained, “The U.S. Constitution established a dual protection against invasion through both the Invasion Clause and the State Self-Defense Clause. There are no grounds to conclude that this protection applies only to hostilities by foreign states and not to those by non-state actors such as cartels and gangs.”

Ducey previously explained he and other governors sent Biden a plan to address a secure border immediately.

He said action and attention are needed right now.