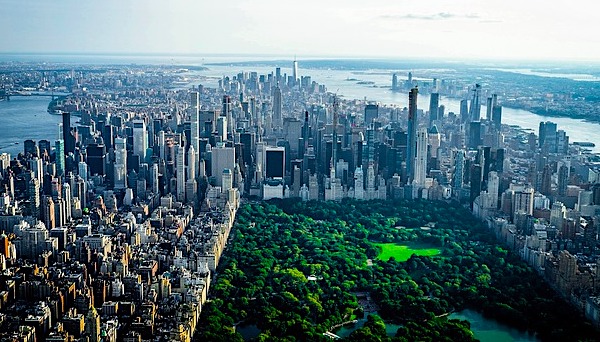 For weeks now, Texas Gov. Greg Abbott has been dispatching buses loaded with illegal aliens to Washington, D.C., because it is government officials in that location who could take action to prevent the crisis that Joe Biden’s policies have created at the southern border.

Now he’s started sending them to New York City, too, as that city’s mayor, Eric Adams, has boasted about the “sanctuary city’s” services and housing programs.

A report at Fox News described how the first busload of illegal aliens from Texas was dropped off at a Port Authority office, and they were turned over to “non-governmental charity workers and volunteers.”

Abbott explained, “Because of President Biden’s continued refusal to acknowledge the crisis caused by his open border policies, the state of Texas has had to take unprecedented action to keep our communities safe.”

He estimates he’s already shipped, by bus, some 5,100 illegal aliens to Washington.

He continued, “In addition to Washington, D.C., New York City is the ideal destination for these migrants, who can receive the abundance of city services and housing that Mayor Eric Adams has boasted about within the sanctuary city. I hope he follows through on his promise of welcoming all migrants with open arms so that our overrun and overwhelmed border towns can find relief.”

Fox reported that Muriel Bowser, Washington’s mayor, regularly as “championed accepting migrants entering the country illegally as a human rights issue,” but she now wants the D.C. National Guard activated on a continuing basis to help with the “humanitarian crisis” of illegals in town.

WND reported only weeks ago when Abbott’s program began that the first buses of illegal aliens were dropped off in Washington just blocks from the White House.

Biden created a crisis at the southern border the same day he took office by abandoning all of the security measures – which had been proving their effectiveness – that were launched by President Trump.

Since then, millions have surged toward the American southern border, overwhelming the system’s ability to address their needs.

So Abbott announced that he would be providing border communities with charter buses to transport a new flood of migrants to the steps of the U.S. Capitol in Washington.

Abbott explained the migrants will fare better in the nation’s capital, where the Biden administration can “more immediately” address their needs, the Texas Tribune reported.

The Biden administration originally derided the comments as a stunt, but now Fox News confirms it’s anything but.

Abbott has explained the problem is that the federal government, which is responsible for immigration policy, is failing to address the disaster that Biden created.

“Texans demand and deserve an aggressive, comprehensive strategy to secure our border—not President Biden’s lackluster leadership,” Abbott said when the program began. “As the federal government continues to roll back commonsense policies that once kept our communities safe, our local law enforcement has stepped up to protect Texans from dangerous criminals, deadly drugs, and illegal contraband flooding into the Lone Star State.”