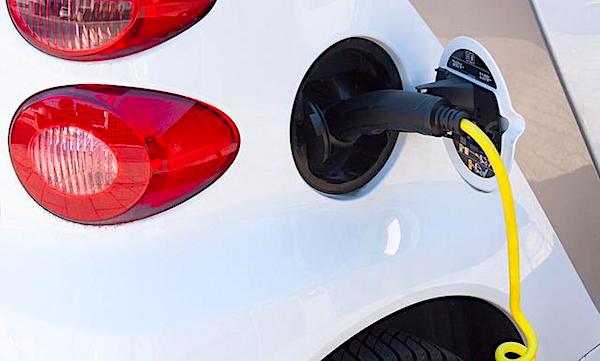 Americans families struggling to make ends meet because of record gas prices and the worst inflation rate since the 1970s should simply give up their gas-powered vehicles and buy an electric car, suggests Transportation Secretary Pete Buttigieg.

“I’m still astonished that some folks – and I felt this, I was testifying in Congress yesterday – some folks really struggle to let go of the status quo,” he told CNBC’s “Squawk Box” on Wednesday.

On Tuesday, the Cabinet official told Rep. Carlos Gimenez, R-Fla., in a hearing that the more Americans experience the “pain” of high gas prices, “the more benefit there is for those who can access electric vehicles.”

Pete Buttigieg says he’s “astonished” that “some folks seem to really struggle to let go” of their gas-powered vehicles in favor of electric vehicles pic.twitter.com/BPKzV9v3eP

In his exchange with Gimenez on Tuesday, Buttigieg urged Congress to subsidize the purchase of electric vehicles, which cost an average of $65,000.

The transportation secretary insisted that government subsidies would make them cheaper.

But government subsidies simply mean all Americans are paying the tab, and taxpayers already subsidizes the cost of electric vehicles by up to $7,500 per purchase.

See the exchange with Rep. Gimenez:

Hot Air blogger Ed Morrissey said “the big message from this exchange, of course, is that Buttigieg and Joe Biden are driving up the cost of gasoline deliberately — or are at the very least cheering it.”

“They want gas to go up in price rapidly to force people away from grid-independent vehicles, despite the fact that we’re also restricting the fuels that give us the most elasticity in electricity production: oil, natural gas, coal, and nuclear power,” he wrote.

“The ‘incredible transition’ is a deliberate policy choice, just as it was in the Obama administration, to punish Americans who refuse to trust their mobility to an electrical grid that’s already unable to keep up with the current demand (pardon the pun), let alone the drain that will take place when the EVs start getting connected in large numbers,” said Morrissey.

Rep. Tom Massie, R-Ky., pointed out to Buttigieg that for the average American family with two cars, switching to electric vehicles would require four times more electricity than they use for their air conditioning over the course of a year.

Rep. Massie tells Pete Buttigieg that if the average household plugged in electric cars, it would take 4x more electricity to charge the cars as would be used on air conditioning. pic.twitter.com/Bd4lSo5BKX

Further, the overall impact of electric vehicles on the environment is more than meets the eye, and serious ethical questions are raised by the conditions under which the materials are mined.