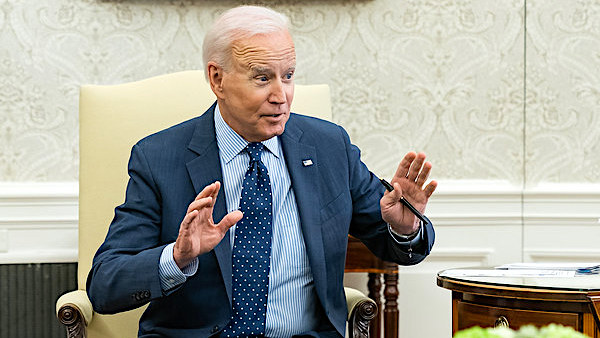 The evidence from a laptop computer Hunter Biden abandoned at a repair shop and was later turned over to the FBI – after copies of the drive were downloaded – has revealed that Hunter Biden’s business visions were for a global empire, that he apparently tried to use his father’s influence as vice president to set up deals in multiple nations, that he did set up that lucrative post with the Ukrainian gas company Burisma where he was getting $83,000 a month, and much more.

But York pointed that the legacy media has not only ignored the controversies, but actively downplayed them.

It was the Post that did much of the early reporting on the evidence from the laptop, but those reports were suppressed by not only legacy media outlets but social media outlets – and since that suppression happened just before the 2020 presidential race, the political implications of the censorship is hard to overlook.

A post-election survey found more than one-third of voters who chose Joe Biden were not aware of the evidence linking the former vice president to corrupt financial dealings with China through his son Hunter. Had they known, according to the survey commissioned by the Media Research Center, President Trump would have won at least 289 Electoral College votes.

The links to Joe Biden also appear to be direct.

A review by the Daily Wire revealed Hunter Biden had his fingers in business pies in Saudi Arabia, Ivory Coast, Oman, Qatar, Taiwan, Zimbabwe, Greece and Mexico, in addition to his highly publicized business dealings in China and Ukraine, while his father was vice president.

Then Breitbart released a report that explains he took 411 trips across 29 countries during the years his father was vice president, including 23 flights in or out of Joint Base Andrews, where Air Force Two is stationed.

Probably the highest profile business deals Hunter Biden engaged in while his father was the VP were with Ukraine and China. Ukraine was where he landed a deal paying him tens of thousands of dollars a month just to sit on the board of a gas company under investigation for corruption. China was where he was working to set up a variety of operations, according to documents that have been revealed about his deals.

His dealings remain newsworthy because of what was uncovered after the 2020 presidential election, narrowly won by his father, Joe Biden.

In at least one instance, Joe Biden appeared to be moving directly to protect Hunter Biden’s interests. While Joe Biden was vice president, Burisma, which was funding Hunter Biden’s lifestyle at the rate of nearly a million dollars a year, was under investigation for corruption.

Joe Biden openly boasted of threatening to withhold $1 billion in U.S. aid if Ukraine’s president did not fire the country’s top prosecutor, Victor Shokin, who at the time was investigating Burisma for corruption.

A French website reported Shokin later filed a criminal complaint naming Joe Biden and accusing him of committing a “criminal offense” in his campaign to get Shokin fired.

York explained, “And yet, even though the elder Biden is president of the United States, the laptop news blackout continues at all those media and social media sites. Will that ever change? Devine is optimistic. ‘I think the steady accumulation of evidence should reach a tipping point beyond which no self-respecting journalist can keep ignoring it,’ she said via email. ‘But until the New York Times, Washington Post, etc. start taking it seriously, the White House won’t address it. The point is that this is not a story about Hunter Biden, private citizen with a former drug problem. It involved the president and his claim he knew nothing about Hunter’s business dealings.’”

Evidence already suggests Joe Biden was cashing in directly on Hunter Biden’s business operations, with Hunter paying for projects at Joe’s house, and a claim directly from Hunter Biden that his father was getting half of his pay.

York continued, “Speaking of influence peddling, Devine also reported recently that Hunter Biden ‘used the perks of the vice presidency — parties, meetings with Joe Biden and flights on Air Force Two — to pursue business deals with Mexican billionaire Carlos Slim while his father was in office.’ To illustrate the story, Devine published a 2015 photo of Slim, Joe Biden, Hunter Biden, and other men with whom Hunter Biden was pursuing business, at the vice president’s residence in November 2015. ”