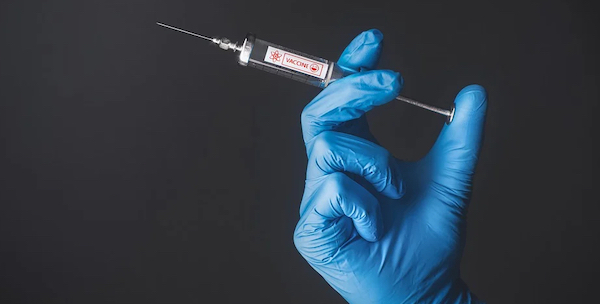 A coroner in England has concluded that a 34-year-old mother died from a “catastrophic” bleed on the brain caused by a COVID-19 vaccine.

Eight days after receiving an AstraZeneca shot, Kim Lockwood complained of an excruciating headache. About 17 hours after arriving at Rotherham Hospital in South Yorkshire, she was pronounced dead, BBC News reported.

She died one year ago, in March 2021, but the coroner said little was known at the time of her death about the link between the COVID-19 vaccine and the condition Lockwood suffered, Vaccine-Induced Thrombotic Thrombocytopenia, or VITT.

The coroner, Nicola Mundy, said that because of “medical advances,” the condition is better-recognized since the initial vaccine rollout.

Lockwood’s husband, Damian, said she had complained of being in so much pain “her head felt like it was going to explode.” Her father, Wayne Merrill, said his daughters last words to him were that her headache was “actually killing her.”

Government figures, the BBC said, show there have been 438 reported cases of VITT and 78 related deaths after an estimated 24.9 million first doses and 24.2 million second doses of the AstraZeneca vaccine.

The family plans to pursue a medical negligence claim against Rotherham Hospital NHS Foundation Trust. The trust said more is known now about the link between the vaccine and VITT and how to treat it, and all patients with low platelets are referred to hematologists. A spokeswoman for the trust, Susan Douglas, said lessons had been learned. Extra measures have been taken since Lockwood’s death, she said, such as adding ward audits.

The BBC noted the government has repeatedly stated that the benefits of vaccines outweigh the risks in the majority of people.

In the United States, the FDA has released 55,000 pages of Pfizer clinical trial data – after attempting to keep it hidden for 75 years – that is now being examined by scientists and others who already have pointed to signals, such as the CDC’s Vaccine Adverse Events Reporting System, indicating unprecedented vaccine injuries and deaths. Among the Pfizer documents are nine pages listing 1,291 different side effects.

WND reported last week data compiled by the Centers for Disease Control and Prevention show the Millennial generation suffered a “Vietnam War event,” with more than 61,000 excess deaths in that age group over the past year, according to an analysis by a former Wall Street executive and a Wall Street insurance expert.