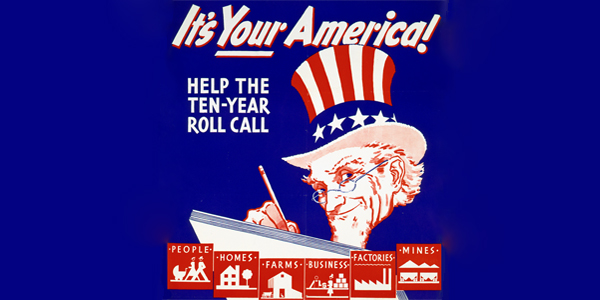 The Census Bureau’s recent acknowledgement that 14 states had significant miscounts in the 2020 census could tip the 2024 election in favor of the Democratic Party.

Writing in The Hill, Kristin Tate, a visiting fellow at the Independent Women’s Voice, points out that there was a pattern in the miscounts.

While the errors were disclosed in a report issued in May, the 2020 census already has led to significant changes to congressional seats apportioned to states.

“There was significant surprise that population growth winners such as Texas and Florida didn’t gain more seats,” she wrote. “With the possible exception of Illinois not losing a seat, the likely effects of an accurate count would have overwhelmingly aided red states.”

She noted that Republicans need to flip only five seats to retake Congress, making each misplaced seat crucial.

“Had states known the true figures within the past year, the redistricting process would have been very different for the miscounted states,” she wrote. “Not only are the number of seats per state affected, but the district lines are, as well.”

And that in turn affects the Electoral College, which is based on the number of representatives and senators.

“The loss or gain of a single seat affects two Electoral College votes — the one gained by one party, and thus lost by the other,” she argued.

The US Census undercounted 6 states including FL & TX and over counted 8 states including MN, NY, OH & RI. Reapportionment gave MN the 435th seat. NY would have been 436, OH 437, TX 438 & FL 439 so the miscount probably cost both TX & FL a seat in Congresshttps://t.co/RtFErKvIhi

The Census Bureau’s “blunder,” she emphasized, cannot be corrected for the midterms this fall or the 2024 election.

“The Supreme Court considered whether revised, more accurate numbers could be used for reapportionment in 1999 and determined that such differences could not be considered in congressional seat counts,” she argued. “The inaccurate 2020 figures will stand.”

The exception would be if the Supreme Court would consider a challenge based on the accurate figure. But no challenge currently exists, and the time to file one is running out.

“The consequences of the Census Bureau’s errors will further erode the public’s trust in our electoral system,” Tate concluded.

“And if we thought 2000 or 2020 were contentious elections, just wait until a candidate realizes that he or she could have won the White House if the national headcount were done correctly.”