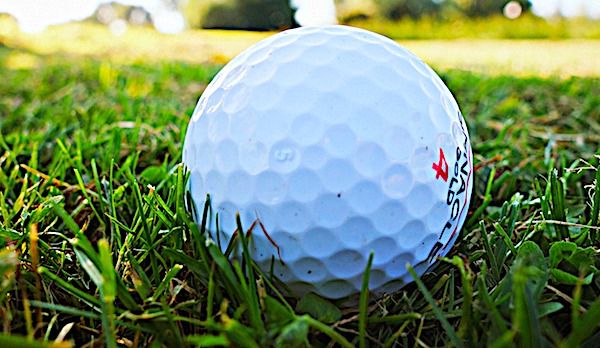 A golf champ, Patrick Reed, who won the 2018 Masters golf tournament, has sued Brandel Chamblee and NBC’s Golf Channel for defamation in the latest battle in the war over the PGA and a new competitor, the LIV Golf Tour.

That already includes, as WND has reported, a lawsuit seeking class-action status in Florida challenging the “monopolization” of professional golf by corporations, the PGA Tour and its partner DP World Tour.

An announcement from lawyer Larry Klayman about the action explains Reed recently joined the LIV Golf Tour, and Chamblee, Golf Channel, the PGA and DP World Tour and their commissioners Jay Monahan and Keith Pelley are “alleged to be co-conspirators for their anticompetitive conduct and anticompetitive practices” aimed at destroying the “upstart LIV Golf Tour.”

“In Mr. Reed’s complaint filed before the U.S. District Court for the Southern District of Texas, in Houston, Texas, his hometown, Chamblee and NBC’s Golf Channel are alleged to have defamed this world class golfer, by falsely and maliciously branding him a cheater, liar, and a thief and someone who accepts blood money from terrorists,” the announcement about the lawsuit said.

“Chamblee also published that Mr. Reed and his fellow LIV golfers associate themselves with the likes of Putin, Mao, Hitler and Stalin, among many other published smears,” the announcement explained.

Klayman, the founder of both Judicial Watch and Freedom Watch and a candidate for U.S. Senate several years ago, said, “The motivation of the defendants, Chamblee and NBC’s Golf Channel, is evident. Working as the surrogate agents for the PGA Tour and DP World Tour and their lawless leadership, their mission is to destroy a top LIV Golf Tour player, his family, as well as all of the LIV Golf players, to further their agenda and alleged collaborative efforts to destroy the new LIV Golf Tour.”

He added, “As alleged in the complaint, these calculated malicious attacks have created hate, aided and abetted a hostile workplace environment, and have caused substantial financial and emotional damage and harm to Mr. Reed and his family. While Chamblee’s and NBC’s Golf Channel’s never-ending defamation with regard to Mr. Reed, as set forth in the complaint, is not new, with his joining of LIV Golf, it has reached new, intolerable heights.”

He said, “Enough is enough and it is time for Mr. Reed to protect not only himself and his family, but all LIV Golfers who have been maliciously defamed to further the PGA Tour’s and the DP World Tour’s allegedly illegal attempts to maintain their virtual monopoly and stranglehold over professional golf.”

The announcement about the case noted, “What Chamblee and NBC’s Golf Channel are using as a false and malicious pretext to defame is the financing of the LIV Golf Tour by the Saudi Public Investment Fund also known as PIF which has purchased stakes in a variety of investments, including but not limited to Uber, Boeing, Facebook, CitiBank, Disney, Berkshire Hathaway, Electronic Arts.”

The report explained existing tournament sponsors and other broadcasting partners would not want to have and continue “paying lucrative contracts to the PGA Tour if they have depleted fields, lost marquee players, and are actively involved in anticompetitive practices that violated the antitrust laws.”

The earlier case alleges antitrust violations under Florida law for a refusal to deal and civil conspiracy.

Named in that case are the two organizations plus their chiefs, Monahan of the PGA Tour and Pelley of the DP World Tour.

“Using the phony pretext of Saudi financing of the LIV Golf Tour (as the PGA Tour and DP World Tour also significantly benefit from a huge amount of Saudi and Arab/Muslim money) these defendants have flagrantly sought, through their anti-competitive actions, to harm Florida consumers who would attend PGA Tour and its admitted partner DP World Tour golfing tournaments and events, by suspending and fining professional golfers who were formerly on these golf tours, simply because they signed up to play in LIV Golf Tour tournaments and events,” Klayman wrote in a statement about the dispute.

In fact, the PGA has confirmed plans to eject its members who may participate in the opposing tour.

Klayman continued, “The LIV Golf Tour, which was organized and is led by champion golf legend Greg Norman, is paying large competitive contract fees to big name professional golfers such Phil Mickelson, Brooks Koepka, Dustin Johnson, Bryson DeChambeau, Patrick Reed, Lee Westwood, Louis Oosthuizen, Kevin Na, and Talor Gooch, and a host of other prominent players. It is seeking to establish itself as a potentially significant competitor to the PGA Tour and DP World Tour, which these entities apparently will not tolerate.”

That complaint notes Klayman represents Florida residents who have purchased, or will purchase, tickets to professional golf events.