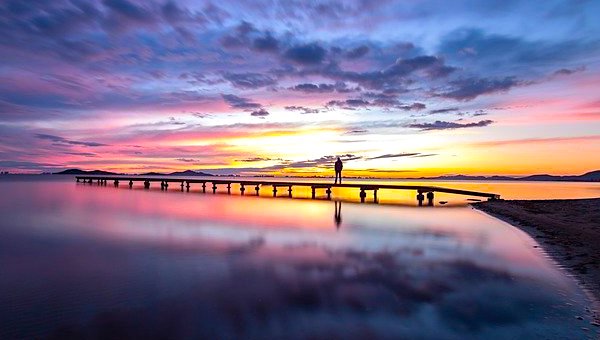 The U.S. Supreme Court on Monday restored to active status a damages claim against a college that arbitrarily shut down the speech of Christian students, then changed its speech restrictions when they were challenged in court and claimed the case then was over.

Not so, said the high court.

“[The student] experienced a completed violation of his constitutional rights when respondents enforced their speech policies against him. Nominal damages can redress [his] injury even if he cannot or chooses not to quantify that harm in economic terms,” the 8-1 decision said.

The student plaintiffs are Chike Uzuegbunam and Joseph Bradford. Uzuegbunam was actually silenced by school officials when he tried to share his Christian faith, and Bradford withheld his testimony because of the threat from the school.

“Student Chike Uzuegbunam tried to share his Christian faith with other students on the Lawrenceville, Georgia, campus in 2016. College officials quickly stopped him because he had not reserved one of two tiny zones where free expression was allowed without a permit – zones that together made up only 0.0015% of campus. When Uzuegbunam reserved a zone and again tried to share his faith, officials again ordered him to stop because someone complained, which made his evangelization efforts ‘disorderly conduct’ under a Gwinnett policy that applied to any expression that ‘disturbs the peace and/or comfort of person(s),’” explained his lawyers.

Their appeal to the Supreme Court explained lower courts dropped the students’ legal case because the college changed its practice after their case was filed to make the free speech issue moot.

But the appeal pointed out that six circuits hold that a government’s policy change does not moot nominal-damages claims.

Explained Kristen Waggoner, of the Alliance Defending Freedom: “The Supreme Court has rightly affirmed that government officials should be held accountable for the injuries they cause. When public officials violate constitutional rights, it causes serious harm to the victims. Groups representing diverse ideological viewpoints supported our clients because the threat to our constitutionally protected freedoms doesn’t stop with free speech rights or a college campus.

“Officials within our public institutions shouldn’t get a free pass for violating constitutional rights on campus or anywhere else. When such officials engage in misconduct but face no consequences, it leaves victims without recourse, undermines the nation’s commitment to protecting constitutional rights, and emboldens the government to engage in future violations. We are pleased that the Supreme Court weighed in on the side of justice for those victims.”

The Supreme Court cited the situation, where Uzuegbunam wanted to talk with interested students about his faith, and when silenced by a security officer, obtained a special permit for a “designated speech area.”

But then security officers shut him down because “people had complained about his speech.”

The high court reversed the 11th Circuit’s decision that the case was over.

“A request for nominal damages satisfies the redressability element necessary for Article III standing where a plaintiff’s claim is based on a completed violation of a legal right,” the decision said. “To establish Article III standing, the Constitution requires a plaintiff to identify an injury in fact that is fairly traceable to the challenged conduct and to seek a remedy likely to redress that injury.

“The dispute here concerns whether the remedy Uzuegbunam sought—nominal damages—can redress the completed constitutional violation that he alleges occurred when campus officials enforced the speech policies against him. … The prevailing rule at common law was that a party whose rights are invaded can always recover nominal damages without furnishing evidence of actual damage.”

The students had attracted support from a wide range of atheist, Jewish, Catholic and Muslim organizations all concerned about speech rights on campus.