Civil rights organization calls out school board for 'precrime surveillance' 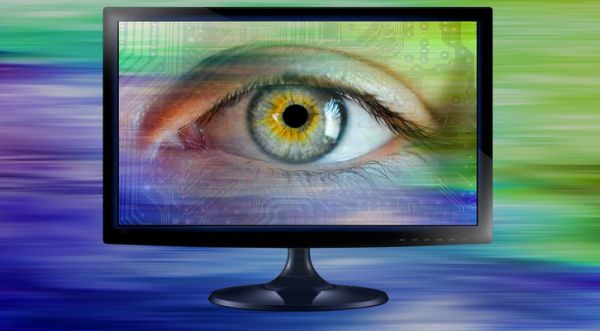 The Rutherford Institute, a noted civil and religious rights advocate, has written to the Fairfax County school board in Falls Church, Virginia, to warn officials there about the “pre-crime surveillance” agenda they have adopted.

“While it may appear commendable at first glance, this school-sponsored social media monitoring program is problematic on multiple fronts, not the least of which is the message it would send students that they have no rights: to privacy, free speech, or the freedom to explore different ideas and think for themselves. Indeed, this program is tantamount to an Orwellian pre-crime program complete with thought police,” said constitutional attorney John W. Whitehead, president of The Rutherford Institute and author of “Battlefield America: The War on the American People.”

The school system there has announced its scheme to impose a “pre-crime surveillance program” that would be established to “monitor and deter social media threats, hate speech, bullying and harassment by students.”

But the Institute says it raises significant questions about government surveillance and “its chilling effect on the lawful speech of students, parents, and other community members.”

It also could trigger “one-size-fits-all zero tolerance policies regarding expressive activity that is misconstrued as negative, critical or hateful.”

“Where such an endeavor runs into trouble is when those overseeing this kind of pre-crime program get overzealous and overreach, targeting students for engaging in lawful behavior that triggers the school’s pre-crime sensors,” Whitehead explained. “In such an environment, students learn to self-censor, critical thinking dissipates, and the schools become breeding grounds for compliant citizens, rather than raising up a generation of individuals with a dynamic understanding of what freedom and tolerance mean.”

Last November, the school district issued an informal “Request for Proposal” to set up a contract for social media software monitoring. It would have to collect information for social media, classify aliases, user names, identify connections between students, set alerts for listening and issue reports.

“FCPS intends to use the software for ‘social media listening’ in order to monitor ‘threats, harassment, hate speech and bullying’ which ‘may be directed to racial groups or any student or teacher within FCPS,’” Rutherford said.

But, among other constitutional issues, such an effort “threatens to chill lawful First Amendment activity, undermines parents’ rights, could lead to viewpoint discrimination and a troubling expansion of school zero tolerance policies, and may exceed the scope of the board’s statutory authority,” Rutherford’s report said.

The letter asked the board to reconsider.

“The courts have consistently made clear that online social media comments are protected by the First Amendment. In Liverman v. City of Petersburg, the Fourth Circuit Court of Appeals held that a police department’s social networking policy, which prohibited employees from making negative comments online about the department and staff, was unconstitutional and that disciplinary measures taken pursuant to that policy against officers who expressed criticism on social media about department practices were impermissible and not protected by qualified immunity,” the legal analysis suggested.

“More to the point, the U.S. Supreme Court ruled 8-1 last year in Mahanoy Area Sch. Dist. v. B.L. that a public high school’s disciplinary action against a 14-year-old cheerleader for expressing adolescent angst on social media about not making the varsity cheer squad or getting her preferred softball position violated the student’s First Amendment rights.”

“Pre-crime, thought crimes and thought police programs are antithetical to the First Amendment. With its threat of constant surveillance and the stated goal of detecting and deterring negative actions arising from expressive activity online, the FCPS Monitoring Program is a pre-crime program straight out of the realm of dystopian science fiction,” the letter said.