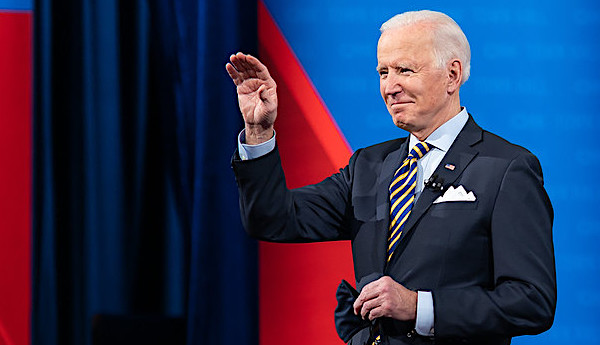 CNN host Fareed Zakaria is no fan of Donald Trump, but in his weekly Washington Post column he sharply criticized Joe Biden’s immigration policy, blaming the Democrat’s reversal of some Trump policies for the overwhelming surge of migrants at the southern border.

Zakaria commended Biden for lifting what he called Trump’s “Muslim ban” – which curbed entry not of Muslims but of people from nations that foment terrorism – and for signing executive actions “geared toward a more humane and generous policy.”

But the Indian-American journalist said the new administration is making “decisions that are producing a new immigration crisis on the United States’ southern border.”

The Biden adminstration has refused to call the surge at the border a “crisis,” with Department of Homeland Security Secretary Alejandro Mayorkas calling it a “challenge” that the administration is meeting.

On Thursday, White House press secretary Jen Psaki continued to insist there’s no crisis at the border. But she acknowledged the administration’s policies may have had an effect, attributing it to a new “humane” approach.

“We also certainly recognize that because the president and our administration has made a decision that the way to humanely approach immigration … that some more may have come to our border,” Psaki said. “There has been a large flow of children across the border. We recognize that we made a policy decision.”

Zakaria said Trump “eventually arrived at a practical policy” on asylum seekers. The Trump administration “stopped taking in asylum-seekers at the southern border, forcing them instead to wait in Mexico for their cases to be resolved, and it negotiated agreements that allowed the United States to send people back to Central America to seek asylum in a neighboring country rather than in the United States.”

Now, he wrote in his Washington Post column, Biden “has overturned those policies, and that, combined with expectations of a more generous approach to immigration, has contributed to the current surge of migrants.”

Zakaria, the host of CNN’s “Fareed Zakaria GPS,” noted that 180,000 people have arrived at the southern border or tried to cross illegally in 2021, more than twice as many as in the first two months of 2020.

“These numbers will increase as it gets warmer. Officials at the border are already overwhelmed,” he wrote.

Meanwhile, there’s large surge of unaccompanied children, Zakaria noted, “probably the result of a Biden decision to create an exception for them to a Trump rule barring migrants on health grounds.”

“Federal authorities are scrambling to find places to house the 3,500 children still languishing at Border Patrol stations and are even looking at an airfield and an army base,” he wrote.

On Thursday, Brandon Judd, the president of the National Border Patrol Council, said that in his 24 years of service, he has never seen a surge like the one underway.

“I’m going on 24 years as a Border Patrol agent, and I can tell you that I’ve never seen a day-to-day, week-over-week increase like what we are seeing right now,” he said in an interview with Fox News’ “America’s Newsroom.”

“So we’ve got this very serious problem – the American public should be very concerned about what is currently going on at the border, because if this increase continues to go on, we will apprehend more people than we’ve ever apprehended in any year in the history of the United States Border Patrol,” he said.