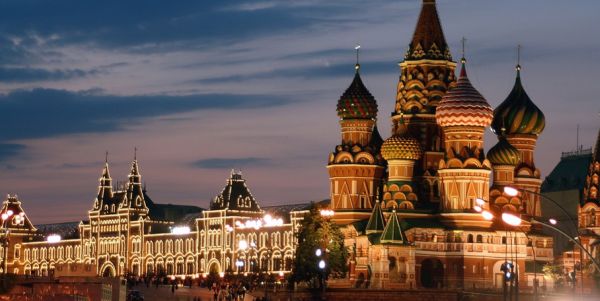 CNN has released a new report warning that the Russians are threatening to interfere in the 2022 election now.

It is a statement that drew immediately ridicule:

It’s because Democrats proclaimed for years that the Donald Trump campaign in 2016 was aided by Russia, and that’s why he won. A years-long investigation debunked those claims of collusion. But the results were bad for the Democrats.

But when Joe Biden was the victor in 2020, Americans were assured that the election was run perfectly, it was absolutely without fraud or mistake, and those who had doubts should be censored from social media and considered conspiracy theorists. These results were good for Democrats.

Now, in what could be an indication that Democrats expect an election collapse in 2022, the midterms, Russia is back.

CNN said Biden is getting “regular intelligence reports” showing that Russia plans to interfere in U.S. elections are “evolving and ongoing.”

Only weeks ago, Biden warned Russian President Vladimir Putin against any such activity.

But apparently his veiled threats carried no weight, as CNN reported Biden recently confirmed “he had received fresh intelligence about ‘what Russia’s doing already about the 2022 election and misinformation’ in his daily intelligence.”

Sources told CNN that there are indications Moscow is trying to capitalize on U.S. arguments over vaccines and masking, are trying to release disinformation, and its efforts are very sophisticated.

“Securing our elections is fundamental to our democracy,” a National Security Council spokesman told CNN in a statement. “We constantly monitor for threats, including foreign efforts to influence or interfere in our democratic processes, and work closely with state and local election officials to protect our elections.”

A commentary at Twitchy explained what’s going on:

“After the 2020 presidential election, questioning the results of an election was considered an affront to ‘democracy’ and the founding principles of America. That was after four years of Democrats claiming the 2016 election was stolen.

“Not it looks as if we could be getting back to ‘questioning the integrity of elections is perfectly fine’ territory very soon.”

The commentary noted it’s “almost as if the Democrats and the media see bad things happening in next year’s midterm elections.”

In fact, the party in power in the White House during those midterms usually loses seats in the U.S. House, sometimes as many as 40 or 50. At this point, Democrats hold the majority in the U.S. House by only a handful of votes, and analysts fully expect the GOP to be the majority following the 2022 vote.

This makes it critical for Nancy Pelosi and Joe Biden to try to ram through all their agenda as quickly as possible, as they may not have that option shortly.

Also, it makes it beneficial for Democrats to start floating the idea that an election during which they are expected to lose ground wasn’t legitimate.

“Between ‘Russian interference’ and ‘voter suppression’ the Democrats (and media) are prepared with excuses if Democrats lose big next year,” Twitchy said.

After the 2015 results, two-time loser Hillary Clinton claimed that Donald Trump was not a legitimate president. She’s repeated that charge many times over the last four years.