Complaint suggests Zuckerberg will be charged for 2020 election influence operation 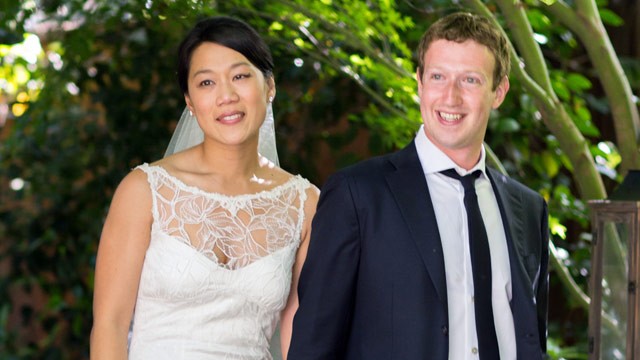 It’s already well-known that Facebook’s Mark Zuckerberg had an inordinate influence over the 2020 presidential election.

In fact, GOP House leader Kevin McCarthy has accused him of colluding with the FBI to change the victor from President Donald Trump to Democrat Joe Biden.

That was because Zuckerberg admitted that he ordered accurate but very damaging information about the Biden family’s international business operations suppressed in the days before the 2020 vote.

“The FBI colluded with Big Tech to silence news stories weeks before the 2020 election in an attempt to control your access to information,” McCarthy charged. “Democrats in Congress have been intentionally ignoring the facts. When Republicans are back in charge, we will hold all of them accountable.”

Widespread outrage erupted instantly when Zuckerberg, in an interview, confessed that his company had, in fact, censored accurate reporting about Hunter Biden’s laptop, which contained massive amounts of information about the family’s scandals, including overseas business operations that sometimes involved America’s enemies and appeared to have provided profits to Joe Biden.

Then, of course, there was that $420 million that Zuckerberg used to influence the results.

That money was given over to a couple of foundations, which then distributed it mostly to leftist local elections officials to help them run their operations during the COVID-19 pandemic.

Much of that money ended up being used to recruit voters from Democrat districts, a move that would have heavily influenced the results of the election.

Zuckerberg’s money, by the way, was handed out outside the regular election spending channels, and was not subject to any oversight, as other campaign funding is.

But now there could be a backlash for that influence operation.

A report at The Federalist explains the Center for Renewing America has charged that the Center for Tech and Civic Life, the Center for Election Innovation and Research, and the National Vote at Home Institute all engaged in “partisan electioneering” in 2020 in a scheme led by Barack Obama’s former campaign manager David Plouffe.

The complaint from the Center for Renewing America said the Internal Revenue Service should investigate Zuckerberg, his wife, Priscilla Chan, and others for alleged violations of existing tax laws for “intentionally pouring financial resources into the 2020 election to benefit then-candidate Joe Biden.”

The Federalist reported, “Zuckerberg and Chan claimed the money they gave to progressive groups was to help run the 2020 elections, but analysis from election data experts has determined that the funds were ‘distributed on a highly partisan basis that favored Democrats.’”

The report explains researcher William Doyle has determined the leftists’ spending “had nothing to do with traditional campaign finance,” but everything to do “with financing the infiltration of election offices as city and county level by left-wing activists, and using those offices as a platform to implement preferred administration practices, voting methods, and data-sharing agreements, as well as to launch intensive outreach campaigns in areas heavy with Democratic voters.”

The complaint charges the IRS should immediately investigate the entities “for unlawful political activity and the receipt and use of improper personal income tax deductions for donations to one or more of those entities.”

“These entities’ charitable tax status should be immediately revoked for making expenditures for partisan campaign intervention, in direct and deliberate violation” of federal rules.

That focuses of the fact that the donations were to foundations which normally would be deductible, but then those groups “engaged in conduct prohibited by the Internal Revenue Code in the 2020 election cycle.”

The complaint suggests there could be evidence “to sustain a criminal investigation into Chan or Zuckerberg for tax fraud.”

That would be after the IRS should “recoup what is likely a false tax deduction on a roughly hundred million-dollar order of magnitude.”

The Federalist noted, “Receiving a reported $400 million from Zuckerberg and Chan, groups such as the Center for Tech and Civic Life were instrumental in silently altering state and local election processes in the lead-up to the 2020 election.”

The report continued, “Federalist Editor-in-Chief Mollie Hemingway detailed such efforts in her bestselling book, ‘Rigged: How the Media, Big Tech, and the Democrats Seized Our Elections,’ writing how Zuckerberg ‘didn’t just help Democrats by censoring their political opponents,’ but that his financing of ‘liberal groups running partisan get-out-the-vote operations’ was ‘the means by which [Democrat] activists achieved their ‘revolution’ and changed the course of the 2020 election.’”

WND also reported that GOP Rep. Andrew Clyde of Georgia talked about the Zuckerberg decision to suppress, at the FBI’s request, damaging information about Biden.

“This isn’t just insane, it’s election interference. The Oversight Committee must immediately invite Mark Zuckerberg to testify – under oath – about the FBI’s attempts to circumvent the First Amendment. The American people deserve answers and accountability.”

The Daily Mail documented, “Three weeks before the election, the New York Post revealed the sordid contents of Hunter’s laptop, showing compromising photos of the then presidential candidate’s son and his questionable business dealings implicating his father. The huge cache of files, emails and photos was seen by many as a smoking gun that could have turned the tide in the election, but social media bosses at Facebook and Twitter minimized the story for unfounded fears it could be Russian misinformation.”

The report confirmed the U.K.-based publication “independently verified the laptop with a forensic analysis by top cyber experts and has been regularly publishing revelations ever since, while many other news outlets refused to touch the story.”

The Daily Mail warned, “Zuckerberg has openly admitted how he tried to limit the electorate from accessing the stories in a terrifying insight into how easily democracy can be undermined by tech firms.”

Jon Paul Mac Isaac first acquired the laptop in 2019 when Hunter dropped it off at his store and never returned to get it. Isaac then gave the device to the FBI, but gave a copy of its hard drive to Trump’s lawyer, Rudy Giuliani, and he reportedly leaked information to the New York Post.

The publication then revealed the first of many scandals, about an alleged meeting between Joe Biden and a Ukrainian businessman, found in the computer.

Joe Biden also has boasted, publicly, of his actions as vice president that helped his son. He once threatened Ukrainian officials with the loss of a billion dollars in American aid if they didn’t fire a prosecutor who was investigating corruption at a gas company that was paying Hunter Biden tens of thousands of dollars a month to be on its board, in an industry in which he had no experience.

The New York Post published other articles about Biden’s relationship with China, and exposing Hunter Biden’s drug and sex life.