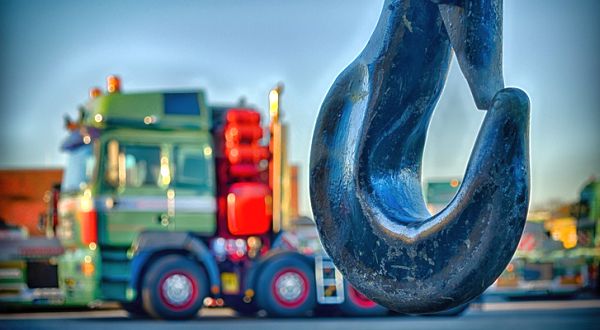 A federal lawsuit has been filed over the actions by the police department in a small Alabama town, where officers pulled in more than $610,000 in fines in one year, enough that officers were able to supplement their salaries, lease a mine-resistant vehicle to drive around town and other military equipment.

The class action case is being brought by the Institute for Justice on behalf of victims of the police operations in Brookside, Alabama.

The legal team outlined one of the incidents that triggered the legal response: “Brittany Coleman is one of thousands of victims of Brookside’s policing for profit scheme. She was pulled over by a Brookside officer for allegedly following her boyfriend’s car too closely as they drove together to get breakfast on her birthday. Three officers forced Brittany to stand handcuffed in the hot Alabama sun for more than 30 minutes as they searched her car. They issued her citations for tailgating and marijuana possession, even though they found no marijuana, and needlessly towed her car. The marijuana charge was dismissed. Even so, Brittany was forced to pay nearly $1,000 for towing fees and court costs.”

The Institute’s report on the case explained the Brookside police department boosted its revenue by 640% in fees, fines and forfeitures from 2018 to 2020.

“This windfall did not happen by accident but is the result of a systematic effort by Brookside’s police department to prioritize ticket collection over the administration of justice. This kind of improper financial incentive not only betrays the duty to protect and serve; it violates the U.S. Constitution,” the Institute reported.

There are two claims in the case: “First, Brookside’s policy, practice and custom of relentlessly towing vehicles for bogus reasons to generate cash for the town violates the Fourteenth Amendment. Second, Brookside’s use of trumped-up criminal citations to maximize fines and fees for its financial benefit similarly violates the Fourteenth Amendment. Both claims maintain that Brookside uses its law-enforcement and municipal-court systems to generate revenue for those in charge.”

“Policing for profit preys on the vulnerable, and it subverts public trust,” explained Jaba Tsitsuashvili, the IJ lawyer on the case.

“Courts recognize that generating 10% of revenue from fines and fees raises a presumption of unconstitutionality. Brookside generates nearly five times that.”

Explained Coleman, “My birthday turned into a nightmare when Brookside police pulled me over for nothing, handcuffed me for no reason, and needlessly searched and towed my car. I was one of many people who were abused during a police stop and then had to pay hundreds of dollars to get their car back. Everyone who was mistreated deserves justice.”

“Brookside police towed his car and left him, his wife and their three frightened children stranded on a dark country road this past New Year’s Eve. No matter the weather or time of day, and without regard to the health or the age of the people affected, Brookside towed cars at every opportunity, enriching itself and a private tow company even if the police citations were later rejected in court,” the legal team charged.

Sam Gedge, another IJ lawyer, accused Brookside of treating its residents “like walking, talking ATMs, making withdrawals by issuing tickets and towing cars with no regard for justice or even common decency.”

Police Chief Mike Jones, who recently quit, called the revenue spike a failure since he thought it could have been higher.

The proceeds of the police work travel through city budgeting almost exclusively to police, the IJ said.

“Of the $610,307 raised through fines and forfeitures in 2020, for example, $544,077 went directly to the police, in the form of training, conferences, vehicles and salaries. These purchases included expensive unmarked black SUVs and military-style equipment. The department even leased a mine-resistant, militarized vehicle, which officers parked outside the town hall and drove around the town as part of their rampant intimidation tactics.”

The IJ said a court ruling that such practices are unconstitutional is needed to protect those potential victims in other towns.

The IJ also is fighting similar problems that have shown up in Florida, California, New York, Wisconsin and Georgia.

He explained he’s gotten so many calls on the issue he hasn’t been able to talk to everyone.