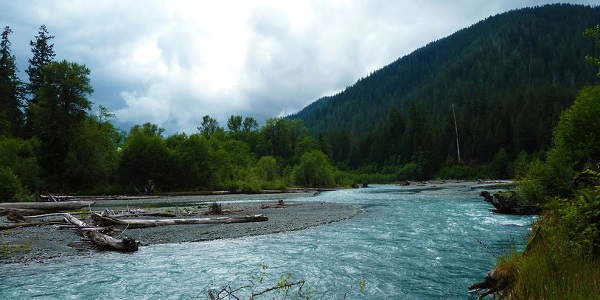 Unlike any other state, Colorado has, for more than a century, treated some riverbeds as private property, belonging to the people who own adjacent land.

But now a court case is developing that could unsettle those decades of land ownership jurisprudence, and ultimately determine whether people in Colorado or those who visit there can go wading in the rivers.

The issue is just about as complicated as water ownership in the state which serves as headwaters for the Colorado, and many other rivers.

According to a report by Bruce Finley in the Denver Post, the state Court of Appeals has given permission for Roger Hill, 80, and a fisherman, to fight for his right to be in his favorite part of the Arkansas River.

It means others also can go to court to seek permission to be in the rivers they want, for fishing or other.

A three-judge panel in the mid-level court rejected the arguments from the state government that said landowners own those grounds underwater.

Hill told Finley, “I just like to get out on a clear stream and I enjoy watching the fish. … We’re going to get a chance to establish this as the law of Colorado – the freedom to wade in rivers, whether you fish or not, the freedom to have your feet on the bottom of a river.”

It was in 2012 that landowners Mark Warsewa and Linda Joseph ordered Hill off the river adjacent to their land downstream from Cotopaxi.

The appeals court ruling doesn’t make it simple, explaining that now state courts must decide such cases based on what rivers were used in 1876 when Colorado became a state, and for what purpose.

Those decisions will be based on “navigability.”

Colorado Attorney General Phil Weiser had claimed that only the state, not individuals, can dispute public access to rivers in the court. He warned letting people actually access the court system for their rights “would destabilize property rights throughout the state.”

And he pointed out the state has reached agreements with various landowners for “public access” for fishing.

Similar fights have developed over the years over the rights of rafters and others to use the actual rivers. But no state laws now define navigability.

The appeals court judges were clear that if “navigability” at statehood is established, then adjacent landowners do not own the riverbed and cannot exclude other people.

The judges said that still has to be established.

Besides state officials, the Colorado Water Congress also is backing the state and landowners, and its members now expect a “storm of litigation.”