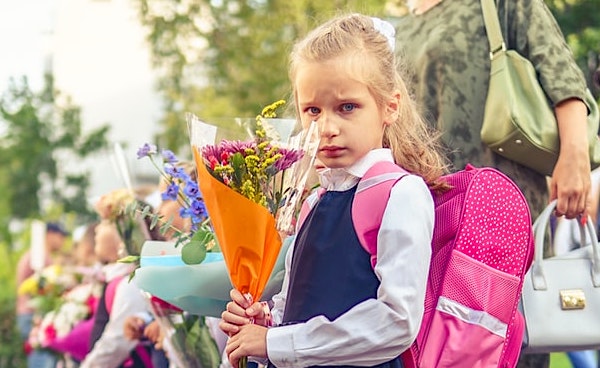 A federal court has cleared the way for a Kansas teacher to be able to speak openly with parents about how she addresses their children in school.

In the case of Pamela Ricard, who works in the Fort Riley public schools, that dispute was a big deal as the school, under its transgender agenda, was requiring her to address students by their “preferred name” in class but then use the student’s “legal name” when talking with parents.

“No government official can force someone to speak contrary to their deeply held religious beliefs and convictions,” said Tyson Langhofer, director of the ADF Center for Academic Freedom. “Pam has a distinguished teaching career and treats all her students with dignity and respect. We’re pleased the court has freed her to exercise her constitutionally protected freedom to teach and communicate honestly with parents while this case moves forward.”

Lawyers for the ADF were assisted by the Kriegshauser Ney Law Group in representing Ricard, who teaches math at the Fort Riley Middle School.

They had filed a motion with the court in the teacher’s case against the Geary County Schools board members asking U.S. District Court for the District of Kansas to temporarily halt enforcement of a school district policy.

That policy, the case charges, demanded that she violate her religious beliefs by lying to students and parents. The case got its start when district officials reprimanded and suspended her for addressing a student by the student’s legal and enrolled last name.

The court now has found that Ricard is likely to prevail on her First Amendment free exercise of religion claim and “therefore granted the motion to halt enforcement of the parental communication portion of the district policy while the lawsuit proceeds,” the organization reported.

The result is that Ricard is “free to speak without violating her conscience by communicating with parents in a manner consistent with how she is required to address the students at school.”

The court also found the school policy was “riddled with exceptions for secular reasons, but the school district refused to make any accommodation for Ricard’s religious objection to deceiving parents,” the ADF reported.

The court also said, “it is illegitimate to conceal information from parents for the purpose of frustrating their ability to exercise [their] fundamental right” to direct the education and upbringing of their child.

“This victory for parents’ rights and freedom of conscience follows a year-long struggle to attempt to bring the school district to reason,” said Joshua Ney, partner at Kriegshauser Ney Law Group. “The school district has had no regard for the workability or classroom control issues these constantly changing policies create, let alone their constitutional violations.”

WND carried a report when the complaint against the district was filed that Ricard was punished “for addressing a biologically female student by the student’s legal and enrolled last name.”

The report said Ricard requested a religious accommodation three times during an appeal of her discipline, but was denied.

The board also got in trouble with the Kansas Attorney General’s office at the time for issuing punishment without holding a public vote on the question.

The lawsuit charged the district’s and school’s actions have deprived Ricard of her First Amendment rights to free speech and free exercise of religion, as well as her rights to due process and equal protection of the law. In addition, it says, Ricard is concerned for her students’ well-being under the district’s policies.