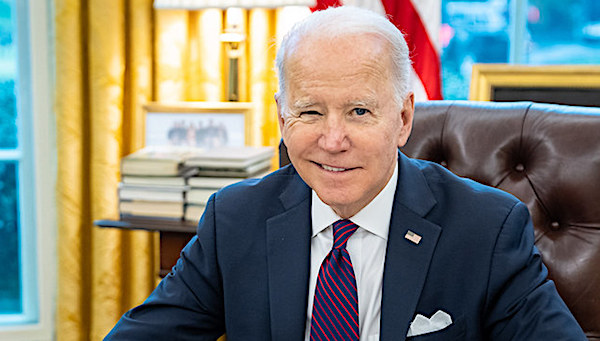 Another court – the third – now has ruled that Joe Biden’s demand inserted into one of the many COVID-19 relief programs instituted by the federal government that states cannot cut their citizens’ taxes while accepting the help cannot stand.

“All federal courts to have reached the merits to date have held that Congress cannot use its spending power to intrude upon the states’ sovereignty and dictate to them that they may not cut state taxes, even indirectly,” explained Peggy Little, senior litigation counsel for the New Civil Liberties Alliance.

“These courts have fulfilled their duty to enforce the Constitution and stop Congress from controlling state budget matters leagues beyond the enumerated powers conferred upon the national legislature by the Constitution.”

The latest ruling came from U.S. District Court in the Northern District of Texas, which said in Texas, et al, v. Yellen that the federal government cannot enforce its unconstitutional “Tax Cut Ban” against the states of Texas, Louisiana or Mississippi.

Other, similar rulings have been issued by courts in Ohio and West Virginia.

The organization reported that it was Biden’s “American Rescue Plan Act” that became law last year that allowed nearly $200 billion to states to cope with the harm from the China virus, COVID-19.

“But in an historically unprecedented move, Congress attached a condition on the receipt of ARPA funds: the states must surrender their core taxing power. A provision in ARPA, the Tax Cut Ban, prohibits states from using ARPA funds ‘to either directly or indirectly offset a reduction in the net tax revenue … resulting from a change in law, regulation, or administrative interpretation … that reduces any tax,’” the organization reported.

The law purported to let the federal government “claw back” any funds that violated its demands.

He said Congress cannot order states to waive a sovereign power through “a conditional offer a state cannot refuse.”

Further, the Supreme Court has said that financial inducement crosses over into unconstitutional coercion when the amount is so large that it puts “a gun to the head” of recipients.

“Of all the powers the Constitution reserves to the States, there is no power more central to state sovereignty than the power to tax,” the judge said.