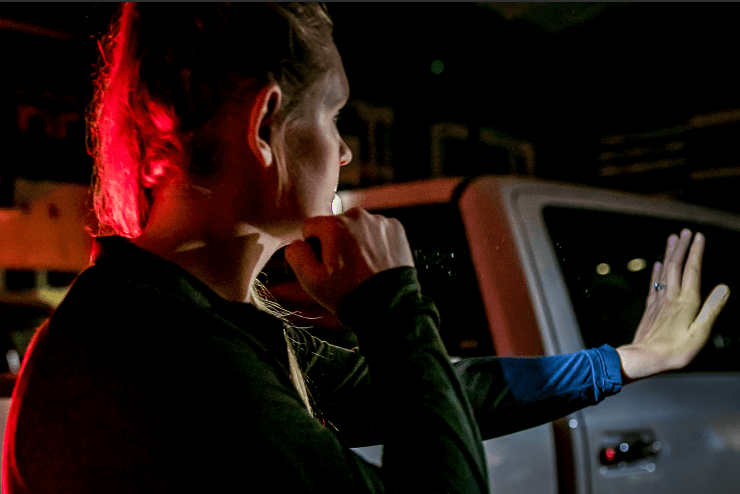 A recent study by economists at the International Monetary Fund (IMF) found that if history is a predictor, America could be in for social unrest as the Covid pandemic eases.

In 1832, the great cholera pandemic hit Paris. In just a few months, the disease killed 20,000 of the city’s 650,000 population. Most fatalities occurred in the heart of the city, where many poor workers lived in squalid conditions, drawn to Paris by the Industrial Revolution. The spread of the disease heightened class tensions, as the rich blamed the poor for spreading the disease and the poor thought they were being poisoned. Animosity and anger were soon directed at the unpopular King. The funeral of General Lamarque—pandemic victim and defender of popular causes—spurred large anti-government demonstration on the barricaded streets: scenes immortalized in Victor Hugo’s novel Les Misérables. Historians have argued that the epidemic’s interaction with pre-existing tensions was a principal cause of what came to be known as the Paris Uprising of 1832, which may in turn explain subsequent government repression and public revolt in the French capital in the 19th century.

The authors of the study believe social unrest can result because an “epidemic can reveal or aggravate pre-existing fault lines in society, such as inadequate social safety nets, lack of trust in institutions, or a perception of government indifference, incompetence, or corruption.”

The IMF study notes that historically, outbreaks of contagious diseases have also led to ethnic or religious backlashes or worsened tensions among economic classes.

A key challenge for research on social unrest is identifying when events of unrest have occurred. Although sources of information on unrest are available, many are at low frequency or have inconsistent coverage. To address these shortcomings, a recent IMF staff paper uses an index based on press coverage of social unrest to create a Reported Social Unrest Index. This provides a consistent, monthly measure of social unrest for 130 countries from 1985 to the present. Spikes in the index line up very closely with narrative descriptions of unrest in a variety of case studies, suggesting that the index captures real events rather than shifts in media sentiment or attention.

IMF researchers concluded that “the COVID-19 experience is consistent with this historical pattern, so far. In fact, the number of major unrest events worldwide has fallen to its lowest level in almost five years. Notable exceptions include the United States and Lebanon, but even in these cases, the largest protests are related to issues that could potentially be exacerbated, but not directly caused by COVID-19.”

According to the study, “looking beyond the immediate aftermath, the risk of social unrest spikes in the longer term.” Using information on the types of unrest, the IMF staff study focuses on the form that unrest typically takes after an epidemic. This analysis shows that, over time, the risk of riots and anti-government demonstrations rises. Furthermore, the study finds evidence of heightened risk of a major government crisis—an event that threatens to bring down the government and that typically occurs in the two years following a severe epidemic. 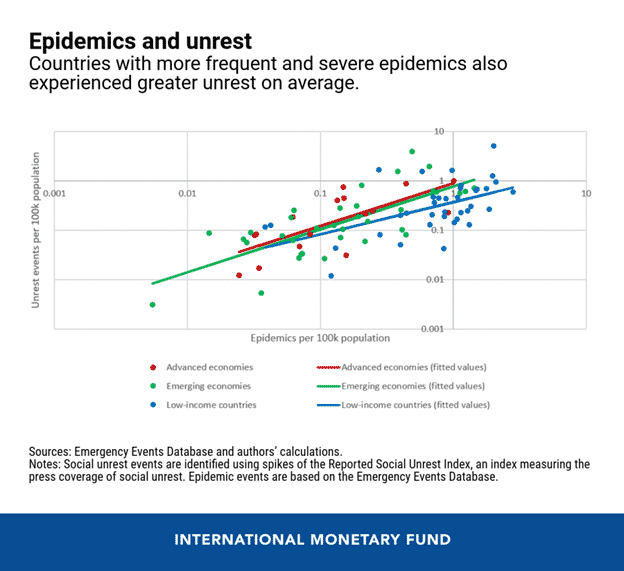 The IMF study found that “threats may be bigger where the crisis exposes or exacerbates pre-existing problems such as a lack of trust in institutions, poor governance, poverty, or inequality.”

However, Americans for Limited Government President Rick Manning is skeptical of any connection between Covid itself and civil unrest. He believes the draconian government reponse is causing far more problems than it is solving.

“I don’t think people want to riot or take down governments,” Manning said. “People I talk to just want to go to concerts and football games. We want to eat out and be able to go into a store without being all masked up.”

“Americans are feeling very uncertain about the government’s ability to protect them right now,” Toppino explained. “Everyone wants safety. But they are starting to realize that they are their own first responder and it is very empowering to learn safety concepts.”

This post, Covid could lead to widespread social unrest, was originally published on The Daily Torch and is republished here with permission. Please support their efforts.