Covid vaccine passports are unnecessary, a threat to liberty and just the beginning of corporate rule 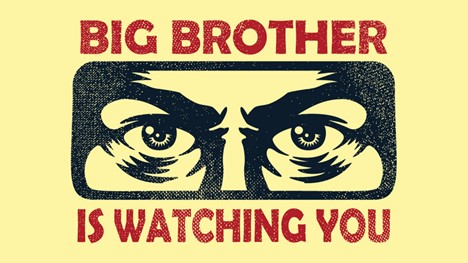 Just because it is not a government mandate, it still is a violation of liberty. It is corporatism. It is fascism. It is totalitarianism. And Americans of every political stripe must reject it in the strongest possible terms.

The Biden administration is touting private sector so-called “Covid passports” as an enforcement mechanism to encourage the American people to get vaccinated against the Chinese coronavirus.

Want to go shopping? Get on an airplane? Go traveling across state lines? Sit at a restaurant? You might need to bring your receipt that you had your Covid vaccination, or worse, have it uploaded to a corporate-run database.

It’s not a federal mandate per se. And with good reason. When it comes to mandatory vaccinations, to the extent they’ve ever been allowed, those have always been at the state level, for example with the small pox vaccine a century ago.

When it comes to a federal mandate, as reported by the Congressional Research Service’s Wen Shen in 2019, “Pursuant to the principles of federalism, the Supreme Court has interpreted the Tenth Amendment to prevent the federal government from commandeering or requiring state officers to carry out federal directives. In the context of vaccination, this principle prevents Congress from requiring states or localities to pass mandatory vaccination laws…”

And so, it’s been left to the state. In 1905, in Jacobson v. Massachusetts, the Supreme Court ruled in favor of a state-imposed mandatory vaccination: “the legislature of Massachusetts required the inhabitants of a city or town to be vaccinated only when, in the opinion of the board of health, that was necessary for the public health or the public safety. The authority to determine for all what ought to be done in such an emergency must have been lodged somewhere or in some body; and surely it was appropriate for the legislature to refer that question, in the first instance, to a board of health composed of persons residing in the locality affected, and appointed, presumably, because of their fitness to determine such questions. To invest such a body with authority over such matters was not an unusual, nor an unreasonable or arbitrary, requirement… We are not prepared to hold that a minority, residing or remaining in any city or town where smallpox is prevalent, and enjoying the general protection afforded by an organized local government, may thus defy the will of its constituted authorities, acting in good faith for all, under the legislative sanction of the state.”

So, in order to get around that, anticipating that some but not all states may go ahead and pass mandatory vaccines, the Biden administration is turning America’s corporations to institute what will amount to national mandate. But that sounds too tyrannical, so let’s call it “passports.”

Now, I happen to believe Jacobson was wrongly decided, that even state-imposed vaccination mandates appear to violate the protection of individual liberty under both the Fifth and Fourteenth Amendments, but that is the currently existing caselaw.

The real issue here is that a mandate is generally unnecessary. Already, without any mandate whatsoever, 97 million Americans have already had one dose, and 54.6 million have had two doses of the Covid vaccine, according to the Centers for Disease Control. That’s nearly one-third of the population. Millions more are waiting in line, because demand is so high for the vaccine, state and private health care providers cannot administer them fast enough.

Moreover, public health officials such as Dr. Anthony Fauci, director of the National Institute of Allergy and Infectious Diseases, has variously estimated that it would take anywhere from 70 percent, to later he said 85 percent, of Americans in order to receive the Covid vaccine to achieve herd immunity.

Fauci said he arbitrarily “nudged it up a bit” from 70 percent to 85 percent when “newer surveys said 60 percent or more would take [the vaccine]” compared to earlier surveys that said only half of Americans would take it. That, for a vaccine he has said in July 2020 he is “cautiously optimistic” we might get “some degree of efficacy” from.

Moreover, the CDC says it does not even know how long the vaccine will work for, “We don’t know how long protection lasts for those who are vaccinated.”

But leaving aside uncertainty about the vaccine’s efficacy, that’s still not 100 percent. Every year, we live with the flu with far less than 100 percent of Americans getting a flu shot, because in order to keep influenza at bay, we don’t need 100 percent coverage. It’s simply not necessary.

So, corporate Covid passports—to go shopping, to travel, to sit at a restaurant, etc.—are probably unnecessary from the private sector, too. But even worse, they are a mortal danger to individual liberty.

What is happening here—a corporate-run database of who got the vaccine—is the ultimate social credit score ala China. It is invited corporate or corporatist rule over our lives, with a passive government taking a backseat.

These mandates will not end with vaccines. Access to services can be denied based on ideological or other grounds for the “free” choices that you make about who to associate with, or who you choose to support in elections, or which laws you choose to support, and which ones you oppose.

Just look at Big Tech’s iron grip on social media, where it can ban a sitting President of the United States from their platforms, or anyone else—or knock Parler off of Apple and Google-based smart phones.

This is the construction of a national blacklist that would make Italy’s Blackshirts, Germany’s SS, Russia’s KGB or East Germany’s Stasi blush. It is dangerous. Because of the new technologies involved, the Covid “passport” system Biden envisions could be even worse if it is abused.

To the heart of the matter, corporations, if they choose, can use technology to block individuals from taking advantage and participating in the institutions of the civil society if you don’t heed their regulations.

And just because those are not government-issued mandates, it still is a violation of liberty. It is corporatism. It is fascism. It is totalitarianism. And Americans of every political stripe must reject it in the strongest possible terms.

This post, Covid vaccine passports are unnecessary, a threat to liberty and just the beginning of corporate rule, was originally published on The Daily Torch and is republished here with permission. Please support their efforts.