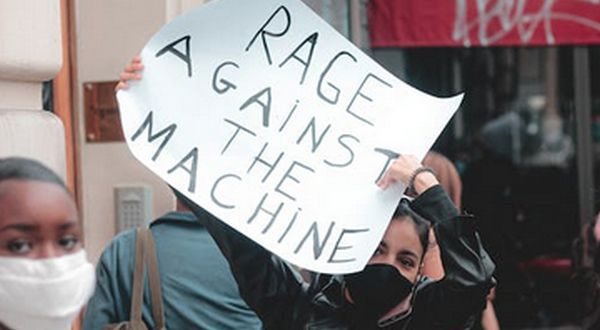 The Democrat-run New York state Senate has shut down free speech for its critics, drawing a warning from the Foundation for Individual Rights and Expression that its attempt to silence views that oppose its agenda actually is unconstitutional.

It is the FIRE that has written to the Senate because while it claims it wants to hear from “each and every citizen,” it actually has been censoring those comments it doesn’t like.

FIRE reports that the governmental body was caught blocking users and hiding tweets on social media from those critical of the Senate and its members.

“This practice not only undermines democratic participation, but violates the First Amendment,” FIRE warned the Democrats in leadership at the Senate.

FIRE represents William Silver, who was among those blocked when he posted on social media comments critical of the state Senate’s gun-control agenda.

FIRE explained, “Twitter users — including the staff operating the New York State Senate account — can hide replies to their threads and block people who replied, preventing them from seeing the account’s future tweets or interacting further. The New York State Senate’s official Twitter account frequently takes advantage of this feature, blocking or hiding criticism of legislation and legislators.”

But FIRE pointed out that multiple courts have confirmed that “when a government actor invites public comments on social media, the government actor’s regulation of that online speech is restrained by the First Amendment.”

The censorship dispute and First Amendment violations developed when the U.S. Supreme Court struck a New York law demanding a license to carry of firearm outside the home.

New Yorkers express their dissatisfaction online, and the state Senate then censored nearly 100 citizens, blocking a multitude of others, too.

FIRE said it wrote to the state Senate on behalf of Silver, who had posted only two words about the dispute online. He said “shall not” in reference to the 2nd Amendment’s guidance regarding limiting gun rights.

His comment immediately was censored and he was blocked.

“While the Senate was considering legislation on an expedited basis, I thought it was important to voice my opinion while I had the opportunity,” said Silver, in a statement released by FIRE. “It’s concerning that the Senate would try to prevent me from doing that. We can’t expect politicians to agree with us on every issue, but they also can’t subvert the democratic process by hiding constituents’ publicly voiced concerns.”

FIRE insists that those users who were subject to government attack be unblocked, and their statements be allowed.

“Legislatures should seek out the opinions of their constituents, not disappear them,” said FIRE attorney Harrison Rosenthal. “Our democracy depends on the ability of the public to share their views, but the New York State Senate is suppressing the views they don’t like.”

The letter was sent to Eric Moppel, media services director for the state Senate.