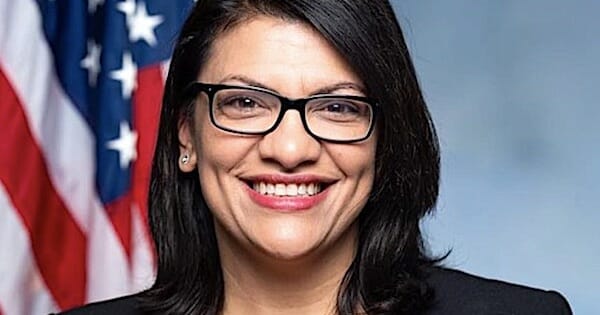 An investigative report by Andrew Kerr at the Washington Examiner explains how multiple Democrats in Congress have links to a movement that is accused in the death of an American teen.

Those include Reps. Ilhan Omar of Minnesota and Rashida Tlaib of Michigan, both open advocates for the Islamic agenda points.

The connections have arisen during the course of a complicated court case over the terrorist slaying in 1996 of an American, David Boim, who was 17 “when members of Hamas, a designated Foreign Terrorist Organization, shot and killed him at a bus stop in the West Bank,” the report explained.

Boim’s parents successfully sued a series of American-based Palestinian organizations in federal court “for financing the terrorists that killed their son,” and were awarded $156 million in damages.

But they never collected mostly because the organizations, such as the Holy Land Foundation, American Muslim Society and Islamic Association for Palestine, declared they were bankrupt and closed their doors.

“That’s where American Muslims for Palestine, an Illinois-based nonprofit group that has since developed close ties with influential Democratic lawmakers such as Rep. Rashida Tlaib, D-Minn., came into play, the Boim family alleged in a follow-up lawsuit filed in federal court in 2017,” the report said.

That lawsuit claims AMP and another group, Americans for Justice in Palestine Educational Foundation, are simply alter egos of the closed groups, with the same core leadership, same purpose and same operations.

“In every meaningful respect, AMP/AJP is nothing more than a disguised continuance of IAP/AMS — stripped of the burden of the Boim judgement and the ignominy of having been found liable for aiding and abetting the murder of an American teenager,” the claim explains. “AMP/AJP are the alter egos and successors of IAP/AMS, and are therefore liable for the unpaid portion of the Boim judgement.”

That case now has, belatedly, moved into discovery following various district and appeals court decisions against dismissing the case, and could be heard by a jury next year.

But during the years that the case was pending, the report explained, AMP “massively expanded its pro-Palestine lobbying activities in the halls of Congress, developed close ties with influential Democratic lawmakers, and earned a reputation as one of the most influential groups in the anti-Israel boycott, divestment, and sanctions movement.”

Tlaib has appeared at multiple events held by the group, the report said, and Rep. Andre Carson, D-Ind., and Rep. Betty McCollum, D-Minn., have been given awards by the group.

McCollum told the organization, “Your support for my work in Congress gives me the strength to push forward, and I want to thank you.”

In fact, AMP claims to have met with representatives of 191 members of Congress.

The Anti-Defamation League repeatedly has publicly warned the group “seeks to delegitimize and demonize the Jewish state” and provide a “platform for anti-Semitism.”

The ADL also pointed out that AMP “works closely” with some of those individuals whose earlier groups were held financially liable for Boim’s death.

“Marc Greendorfer, the founder of the pro-Israel Zachor Legal Institute think tank, said it is outrageous that so many members of Congress have chosen to ignore AMP’s alleged ties to a designated foreign terrorist organization,” the investigative report said.

He said, “The fact that affiliates of American Muslims for Palestine, the equivalent of an Islamic Ku Klux Klan, are involved in fundraising, voter outreach, and policy development for a prominent group of Democrats is outrageous, yet not a surprise.”