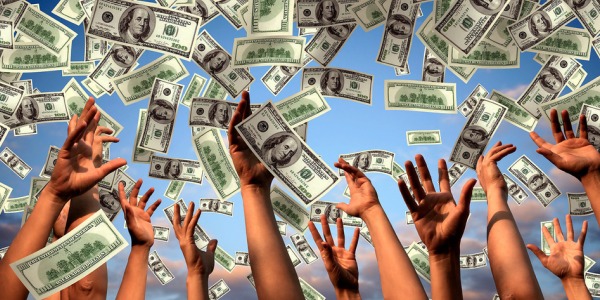 After years of trying to kill TABOR, the Taxpayers Bill of Rights, that was installed in the Colorado Constitution some 30 years ago, Democrats now are fully on board with it. In fact, they’re bragging about it.

They like it so much that they’re now using the money that the state constitution requires to be refunded to taxpayers, critics say, to try to influence the 2022 elections, dispatching the checks for $750 per individual or $1,500 for joint filers weeks ahead of the November vote.

While multiple states are sending checks out to voters as the 2022 vote approaches, most of those programs are, in fact, the option of those controlling state spending.

In Colorado, voters approved TABOR in 1992 to require the state to refund to taxpayers any revenue collected that exceeds the rate of inflation and the rate of growth in the state.

The Denver Gazette reports that while Democrats for years have tried to undermine and defeat – even remove – the TABOR provisions, Democrat Gov. Jared Polis and Democrats now are touting the “tax refund.”

The report explains how Republicans in the state are charging the Democrat majority with “an election-year stunt.”

“Don’t be fooled when your TABOR refund check hits your mailbox later this month,” Michael Fields of Advance Colorado told the publication. “Remember liberal legislators tried to take them away in 2019. Gov. Polis and Democratic lawmakers want you to think it’s some kind of gift from them. But really, this is just an election-year gimmick to try to get your vote.”

In actuality, the constitution would require all of the overage to be returned to taxpayers during the tax filing season in 2023. But heading into the 2022 vote, Democrats designated a couple of billion dollars that would have to be refunded to be sent out just as the 2022 election seasons hits full swing.

“Polis claims this money will ‘help Colorado families afford rising prices and gas.’ What would actually help hardworking Coloradans is energy policies that do not crush our oil and gas industry and send gas and supply prices higher, fewer taxes like Polis’ impending gas tax, and fewer regulations that allow our small businesses to thrive,” she said.

The Gazette explained, “Democrats have railed against TABOR for most of its 30-year history, including filing a lawsuit filed in 2011 that was finally abandoned by the Democratic plaintiffs in March when they chose not to appeal a 10th Circuit Court decision to the U.S. Supreme Court.”

But they now “sing a different tune.”

Polis, in fact, has held three press conferences to promote the fact that the money is being returned to taxpayers now.

But just three years ago, Polis and Democratic lawmakers pushed for a ballot measure – Proposition CC – that would have given them permission to keep all the extra money.

The standard procedures for refunding the money include lower property taxes, temporary reductions in the state income tax rate and a six-tiered sales tax refund that has been used in the past. The early payments this year are possible because lawmakers have the responsibility to assign a method of refunding.