Does being 'offended' make someone else's prayer a crime? 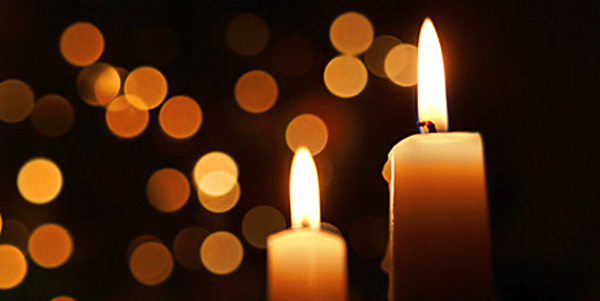 A fight has been going on for years already in Ocala, Florida, over officials’ request that residents turn to prayer when all other attempts to stop a crime spree that included multiple children hurt in shootings failed.

Such calls to prayer are embedded throughout America’s history, and have come from both Democrat and Republican leaders over time.

But in Ocala, critics of Christianity demanded that the officials backtrack because they were offended.

WND had reported when an appeals court ruled government officials are banned from encouraging citizens “to pray amid a difficult time in their community” because that offended some.

Now, the American Center for Law and Justice is taking that ruling to the Supreme Court.

“We will petition the Supreme Court to address a question of fundamental significance that has plagued the lower courts across the country for decades: whether voluntarily seeking out and being offended by government conduct that allegedly violates the Establishment Clause creates an ‘injury in fact’ sufficient to allow a complainant standing (i.e. the ability to bring a legal challenge).”

That same issue has arisen in multiple disputes already, including where a out-of-towner claimed they had to pass by a monument that acknowledged Christianity so often they were offended.

The ACLJ explained, “It’s often called ‘offended observer’ standing and it has plagued our federal judiciary for years, improperly allowing anti-Christian forces to run to federal court and claim a constitutional crisis every time they see a public official in any way practice his or her Christian faith, such as praying, or even the public recognition of our Judeo-Christian heritage as a nation, such as ‘under God’ in the Pledge of Allegiance.

The ACLJ said the dispute arose about 2014, and it is defending “America’s long-time tradition of calling for prayer – a freedom our Founders sought to secure, rather that prohibit, through the ratification of the First Amendment.”

Government involvement in prayer, in legislatures, in the military and those offered by chaplains, routinely has been affirmed by the Supreme Court.

“The city of Ocala followed suit by encouraging citizens to gather for a community prayer vigil organized by private citizens in response to a crime spree in the community. Chaplains for the police department attended and helped lead the vigil. Plaintiffs then sued arguing that the city of Ocala violated the Establishment Clause,” explained the ACLJ.

During that crime spree, police knew who was doing the shooting, but they couldn’t persuade witnesses to testify.

“Atheists, offended by the idea of prayer at the vigil, demanded city officials cancel the event. Despite city officials’ continued explanation that it could not cancel a privately organized event, the atheists cried foul and later sued the city for allegedly promoting the vigil,” the ACLJ reported.

Atheists attended the vigil in order to see what happened, and then sued, resulting in an outlier federal court decision in their favor.

The 11th Circuit reversed most of the decision, concluding the district judge used the wrong precedent. But it found one plaintiff had “standing” to sue.

“As we have argued in our briefing throughout litigation of this case, and plan to do again in our certiorari petition, the Supreme Court in Valley Forge Christian College v. Americans United for Separation of Church & State, Inc., held that plaintiffs who ‘fail[ed] to identify any personal injury . . . other than psychological consequence presumably produced by observation of conduct with which one disagrees’ does not have standing,” the ACLJ explained.

The atheists who complained claimed no other injury but being offended.