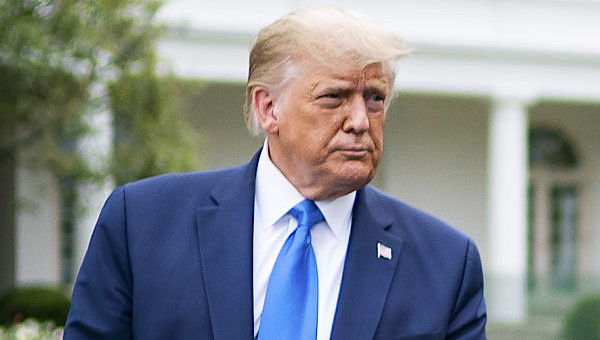 The U.S. Department of Justice “ignored a lawful instruction” from President Trump to declassify and release to the public hundreds of pages of information about how it participated in the now-debunked Russia collusion conspiracy against the president.

That conspiracy, dreamed up by Democrats including Hillary Clinton, falsely contended that the Trump campaign from 2016 “colluded” with Russia on the election.

The DOJ, FBI and other federal agencies jumped on the political agenda, created false documents to submit to the courts and then obtained permission from those courts to spy on Trump associates.

A multi-year investigation by special counsel Robert Mueller found the original claims were without foundation. But the Democrats used the made-up claims to hurt Trump and his presidency for years.

Now, former White House Chief of Staff Mark Meadows has confirmed that the documents, ordered declassified and released by Trump, “never became public,” according to Just the News.

Meadows wrote in a memo at the time regarding the documents that exposed FBI abuses during the Russia collusion probe, how the agency used informants and FISA warrants to spy on the Trump campaign and misled both a federal court and Congress about failings in the evidence they relied on, that it was ordered to be released.

Just the News explained it got the memo after going to the Trump collection at the National Archives and asking it to look for the binder of documents Trump had declassified. The Archives said it did not possess the documents, the Justice Department did and provided a copy of Meadows’ memo.

Meadows said during an interview on “Just the News, Not Noise,” program that he was dismayed “that DOJ ignored a lawful instruction from a sitting president and said it was part of a larger dynamic in which the permanent federal bureaucracy repeatedly tied to undercut Trump to protect itself,” the report explained.

He told Just the News, “Well, you know, the swamp is pretty deep. But when we look at this, this particular president was all about draining the swamp, you know, and when he was running, that was more of a campaign slogan. When he got there, he realized that not only was the swamp very deep, but they would fight back. And oftentimes he said, ‘You know, I want to do this and get this out to the American people, not just the classification in terms of issues that affected him or his campaign personally, but issues that affect the American people.’”

Meadows explained to Just the News that the president would issue a directive, and people getting the instructions would “nodding compliance,” but then they would go out and say, “Well, we’re not going to do that…”

The report said the declassified documents have transcripts of intercepts acquired when the FBI was spying on Trump aides, “a declassified copy of the final FISA warrant approved by an intelligence court, and the tasking orders and debriefings of the two main confidential human sources, Christopher Steele and Stefan Halper, the bureau used to investigate whether Trump had colluded with Russia to steal the 2016 election.”

The investigations actually revealed not that there was collusion by the Trump campaign, but that the FBI broke the rules and lied to the FISA court to try to keep the politically motivated investigation alive.

Liz Harrington, Trump’s spokeswoman, said in an interview with Just the News that the DOJ’s decision to disobey a presidential order was just part of the pattern of political activism at the DOJ.

“For four years they lied, leaked, spied on, and smeared President Trump in their attempts to defy the will of the people,” she explained. “This is further proof of the depths they will go to hide their corruption. It is far past time for transparency of one of the biggest political scandals in American history.”

The DOJ did not respond to a request for comment, and the FBI refused, Just the News reported.

Kash Patel, a former Pentagon chief of staff, told Just the News the actions are beyond problematic.

“It is illegal to hide documents from publication through the FOIA process, if their sole purpose is to cover up an embarrassment or unlawful activity, and that’s what’s going on right now,” he said during an interview on the John Solomon Reports podcast.

Out in Real America

Out in Real America

Congressman Warren Davidson Calls for the Repeal of the Income Tax