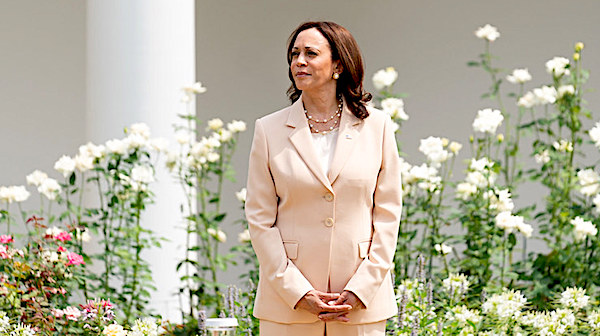 In light of President Biden’s angry rant last week that threatened millions and millions of Americans with punishment, possibly including the loss of their jobs, for not taking a COVID-19 vaccination, former New Jersey Gov. Chris Christie explained how the politicization of the issue started.

Appearing on an ABC interview show, Christie explained Harris had stated that she would not take a vaccine recommended by President Trump.

It was during the presidential race last year that she promised, “If Donald Trump tells us we should take it, I’m not taking it.”

It was under Trump that industry and government worked together to develop vaccines in a stunningly short time. The vaccines already were being administered before Trump left Washington, even though Joe Biden claimed they didn’t become available until after he took office.

Harris’ comments, though, triggered what is now a widespread distrust among Americans for the vaccines that now are being aggressively promoted – even demanded – by Biden and Harris.

“That put us in a totally different area that allowed it to be politicized and that politicization is just continuing now,” Christie said.

He explained that politicization “started back in the presidential campaign. It was started by Vice President Harris.”

She said she would “not take a vaccine that’s approved by Trump or by Trump’s regulators,” he explained. He also warned that mandates like those being ordered by Biden are going to “harden opposition” to the vaccines.

“We have to be persuasive,” he said. “We have to continue to persuade.”

Many Americans have been reluctant to take the vaccines, which are experimental, citing the possible side effects, of which there have been tens of thousands.

Also, people of faith oppose them because they all were developed or tested using cell lines obtained from aborted infants.

Earlier, former Vice President Mike Pence said in an interview with Fox News that Harris and other Democrats need to “stop playing politics with people’s lives by undermining confidence in a safe and effective vaccine.”

He explained under Trump’s Operation Warp Speed under which the vaccines were developed cut no corners regarding safety.

His comment: “So to have Kamala Harris say, two, three times in a row that she would refuse to take the vaccine that was produced under the Trump administration” is unconscionable.

Before the vice presidential debate, where Harris made her anti-vaccine comments, she also had said she “would not trust Donald Trump. And it would have to be a credible source of information that talks about the efficacy and the reliability of whatever he’s talking about. I will not take his word for it.”

Biden suggested something largely similar, saying at the time, “Look at what’s happened. Enormous pressure put on the CDC not to put out the detailed guidelines. The enormous pressure being put on the FDA to say they’re going, that the following protocol will in fact reduce, it will have a giant impact on COVID. All these things turn out not to be true, and when a president continues to mislead and lie, when we finally do, God willing, get a vaccine, who’s going to take the shot? Who’s going to take the shot? You going to be the first one to say, ‘Put me — sign me up, they now say it’s OK’? I’m not being facetious.”