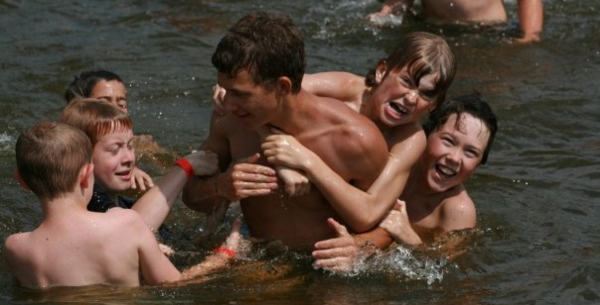 Dr. Scott Atlas, who served briefly as a pandemic adviser to President Trump, contended Friday there is no reason for people under 30 who have almost no risk of serious illness or death from COVID-19 to be vaccinated.

Atlas was asked by Fox Business anchor Stuart Varney – after the FDA’s approval of booster shots for all adults – whether he thought additional shots for people who now are “fully vaccinated” will be mandated.

He said nothing would surprise him, but government vaccine mandates have had the effect of undermining confidence in the vaccines.

“They have created a misconception about the vaccines,” Atlas said.

The data shows the vaccines are good at protecting people from death and serious illness, and the efficacy lasts, according to a recent study from Sweden, said the former Trump adviser.

But after four months, studies show, people who have been fully vaccinated are not protected from becoming infected and from spreading the virus,” said Atlas, a senior fellow in health care policy at Stanford University’s Hoover Institution and a former professor and chief of neuroradiology at the Stanford University Medical Center..

That means, Atlas said, “it’s a personal protection, not really a public protection to get vaccinated.”

And therefore, he continued, people should be allowed to decide for themselves whether or not to take the vaccine.

He said a booster shot for COVID-19 “makes sense” for people who are high risk – people with more than two serious chronic illnesses, particularly older people in that category.

But to tell people under 20 or 30, “who are healthy, who have almost no significant risk for a serious illness and almost zero risk for death – to mandate vaccines and then boosters … this is really denial of science.”

He noted that there is almost no safety data on boosters.

“We have a few thousand people in Israel who were followed for 30 days,” he said. “That’s not safety data. Safety data on a vaccine typically takes between five and 10 years.”

Atlas said there are people in government who are “not acting on the science.”

“They are using the word science, but they are not acting on science, and people have to at this point become critical thinkers for themselves.”

See the interview with Atlas:

Also on Friday, Varney spoke with Dr. Ben Carson, the former pediatric neurosurgeon and HHS secretary under Trump, on his view of vaccinating children.

Varney began by pointing to a new Fox News poll finding 51% of parents oppose student vaccine mandates and 43% are in favor.

Carson said the poll showed that “those parents are thinking individuals.”

“We know that the mortality associated with COVID-19 in children is about the same as it is in seasonal flu,” he said. “And we don’t go through all of these things every year for seasonal flu.”

What is unknown, he said, is the long-term effect of the vaccines.

Varney noted that 30% of health care workers have chosen not to be vaccinated.

“I think health care workers probably have been exposed to a little more information than the average person,” Carson commented. “And also many of them, being on the front line have already had COVID.

“So, if they have it already, and they have natural immunity, why would they then suggest themselves to additional risk … when we know that it’s very, very unusual for anybody who’s had it already to get it again or to transmit it?”

The Centers for Disease Control even conceded that fact last week, Carson noted, saying they don’t have evidence of people with prior infection transmitting it.

But the CDC added that it doesn’t collect that data.

“Well, how foolish is that?” Carson asked. “You don’t collect that data, and then you make broad, sweeping mandates based on incomplete facts.

“That makes no sense whatsoever.”

Watch the latest video at foxbusiness.com