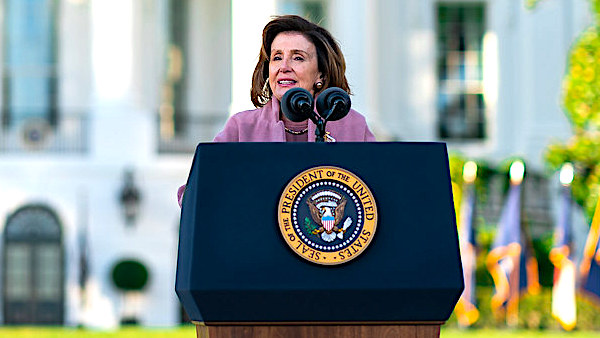 America’s elites – the rich, the influential, the politicians, the privileged – have become a “soft touch” for China’s propaganda, according to Peter Schweizer, president of the Governmental Accountability Institute.

He has written in a commentary at the Gatestone Institute, where he is a distinguished senior fellow, about the Americans who have been getting rich “helping the Chinese Community Party achieve its outspoken aim of replacing the U.S. as the ‘world’s No. 1 power.’”

He explained the practice is to tempt the “elite” of a country with money, access and favors and in short time, they “see their interests and China’s interests as intertwined or even the same.”

Nowhere are the Chinese “subtle” about it, he said, as they practice it around the world, including in Africa with their Belt and Road Initiative that loans money to nations for infrastructure projects, and then takes over the projects when the loan is not repaid.

What’s significant, however, is the influence wielded by those who succumb.

“From the world of Silicon Valley, we explore Mark Zuckerberg of Facebook, Tim Cook of Apple, and Bill Gates of Microsoft. From the world of Wall Street, we looked at Ray Dalio of Bridgewater, the largest hedge-fund investment company in the world, and Larry Fink of BlackRock. From academia we explored the actions of Harvard and Yale universities. We surveyed the relationship histories of the Bush family, the Trudeau family of Canada, the Pelosi family, and of course, the Biden family.”

He warned, however, that his work in tracking down the connections was “the scariest investigation I have ever done.”

That’s because he said each of individuals deny helping China gain access to America markets, tech and more.

But he said the reactions have been:

Schweizer explained, “Apple Computers is another great example. Almost everything the company sells is manufactured in China, and the iPhone has more than 23 percent of the market for phones in China. Apple has repeatedly been accused of benefiting from the forced labor of Chinese Uyghurs, which the company denies. But, as a tech investor told Vanity Fair recently, ‘If you’re Apple and you’ve spent 20 years building infrastructure in China, you can’t just press a button and move your entire infrastructure to India,’ adding, ‘Rebuilding your supply chain takes 10 to 15 years. Right now, I just don’t think they have a choice.,”

Another example: “No one should have been shocked by basketball player LeBron James’s upbraiding another NBA team’s general manager for tweeting about China’s repression of democratic protests in Hong Kong. James earns millions royalties on jerseys and other items bearing his name and likeness in China, but is apparently also expert on foreign affairs, scolding the Houston Rockets’ then-GM Daryl Morey as ‘either misinformed or not really educated on the situation’ regarding Chinese repression of dissent in the territory,” Schweizer explained.

And House Speaker Nancy Pelosi’s husband, Paul, has made millions of dollars in deals with China as a partner investor in Matthews International Capital Management, a pioneer in the Chinese investment market, and through his other ventures, he reported.