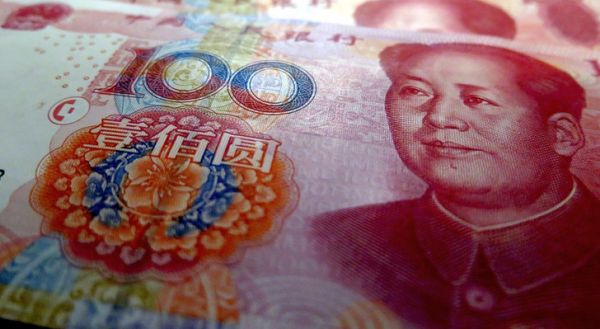 The former head of Britain’s spy agency MI6 says the country’s scientific establishment has been badly compromised by “malign communist Chinese influence,” as evidenced by the regurgitating of Beijing’s insistence that the novel coronavirus pandemic did not originate with a leak from a Wuhan lab.

Sir Richard Dearlove told a podcast for The Australian newspaper that British universities have become dependent on Chinese funding while the U.K. has been echoing an “information campaign” orchestrated by Beijing.

“In the future, we will have to take very careful steps to control this in terms of registering where Chinese research students go and what their interests are, and take greater steps to protect intellectual property in our universities, particularly in areas of sensitive research,” he said.

Dearlove, 76, said he believes the Chinese developed an information campaign carried out by the Ministry of State Security and controlled by top government leadership to suppress any notion that the pandemic originated with a leak from the Wuhan Institute of Virology.

“What concerns me and what worries me is the extent to which the West went along with this,” he said.

Dearlove, who has investigated the origin of the pandemic, said it had all the signs of “taking a natural virus and mucking around with it.”

The Australian journalist who conducted the podcast interview, Sharri Markson, conducted an 18-month investigation in which she concluded “beyond doubt” that SARS-CoV-2 came from the Wuhan lab.

Further, as many have argued, the response to the pandemic also came from China, particularly the devastating lockdowns.

In fact, no western scientist had ever publicly supported lockdowns until Xi Jinping personally authorized the “unprecedented lockdown of Wuhan and other cities beginning on January 23.” 69/ pic.twitter.com/ZwhnyKoDsa

Michael Senger, the author of “Snake Oil: How Xi Jinping Shut Down the World,” pointed out that no Western scientist had advocated universal lockdowns until Chinese President Xi Jinping shut down the city of Wuhan and Hubei province.

Then, the World Health Organization’s Bruce Aylward was among influential public officials who began insisting that China’s lockdown “demonstrated” to the world that “you have to do this.”

Soon after, the WHO’s Bruce Aylward told the press: “What China has demonstrated is, you have to do this. If you do it, you can save lives and prevent thousands of cases of what is a very difficult disease.” 76/ pic.twitter.com/XK95yzY38m

Jeffrey Tucker, in an analysis for the American Institute for Economic Research titled “The 2006 Origins of the Lockdown Idea”, noted that the United States did not lock down the country during the pandemics of 1918, 1949-52, 1957 or 1968/69.

“But in a terrifying few days in March 2020, it happened to all of us, causing an avalanche of social, cultural, and economic destruction that will ring through the ages,” he wrote last spring.

Tucker said what is “truly surprising is just how recent the theory behind lockdown and forced distancing actually is.”

“So far as anyone can tell, the intellectual machinery that made this mess was invented 14 years ago, and not by epidemiologists but by computer-simulation modelers. It was adopted not by experienced doctors – they warned ferociously against it – but by politicians.”