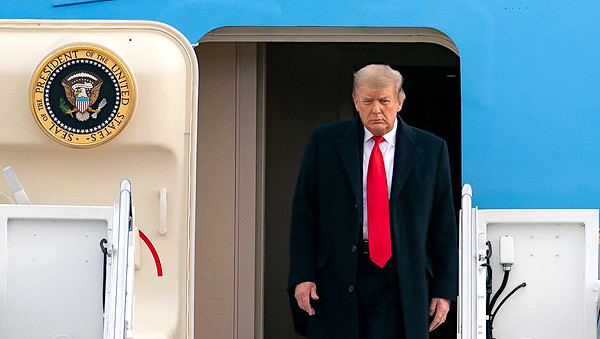 An FBI agent has testified in court that it was the bureau’s leaders who demanded an investigation of then-candidate Donald Trump into now-debunked claims of a link to a Russian bank even though the evidence was flimsy.

Just the News reveals that FBI agent Curtis Heide, the co-case agent on the investigation into the unfounded claims of a secret communications channel between the Trump Organization and the Kremlin-linked Alfa Bank, testified this week the orders came from the top.

His testimony came in the trial of a lawyer who worked for the Hillary Clinton campaign at the time, Michael Sussmann. He’s accused of lying to the FBI for stating that he was bringing the allegations about Trump to the bureau of his own behalf, when he actually was working for the losing political campaign at the time.

Just the News described the testimony as “explosive.”

The report said Heide confirmed it was “fired up” senior leaders in the FBI who demanded the investigation into those “Russia collusion” claims, which earlier testimony in the trial revealed Clinton herself had reviewed and authorized to be released to the media.

Heide confirmed, too, that it was apparent that the claim was obviously false within a very short time.

Heide testified Agent Joe Pientka, a supervisor of the so-called Crossfire Hurricane case looking into claims of Trump-Russia collusion allegations, told him leadership was “fired up” and not opening an investigation wasn’t an option.

That came two days after Sussmann met with James Baker, who then was FBI general counsel and earlier testified Sussmann did, in fact, claim he was coming to the bureau on his own.

Heide explained he discovered the claim was unfounded based on evidence from the FBI cyber division, a review of internet logs and other evidence.

But he explained there were orders to continue work, even though it was obvious within weeks of the beginning that it was unfounded, and should have been dropped.

What also is known about the situation is that Barack Obama, at the time, was briefed on a plan by Clinton to accuse Trump of having Russian connections in order to divert the public’s attention from her own email scandal, in which she posted government secrets on an unsecure server, and was then in the headlines.