FBI bias to be focus of grilling in U.S. Senate 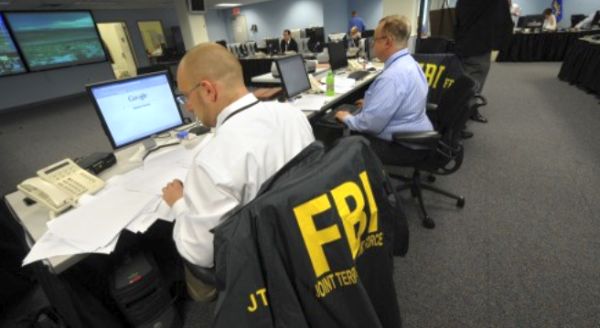 The FBI’s bias against President Donald Trump will be the focus of a grilling by two U.S. senators of several agents who presented a “briefing” to them while they were doing an investigation of Hunter Biden and the Biden family’s international business dealings with nations that include America’s enemies.

It’s because those agents were biased against President Trump and tried to flood the Biden investigation with “disinformation.”

That’s according to a letter from two top Senate Republicans, Sens. Chuck Grassley, R-Iowa, and Ron Johnson, R-Wis., who wrote to the two FBI employees who presented that briefing and told them to appear for questioning.

The Washington Examiner identified the FBI workers targeted as Nikki Floris, an “intelligence analyst” in the Washington office, and Bradley Benavides, a manager in that office.

They “provided the Russia-related briefing on Aug. 6, 2020,” the letter explains.

However, their agenda was not to provide information, the senators said.

“Simply put, the unnecessary FBI briefing provided the Democrats and liberal media the vehicle to spread their false narrative that our work advanced Russian disinformation,” the senators said. “Although you stated that the FBI didn’t intend to ‘interfere’ in our investigation, the practical effect of such an unnecessary briefing and the subsequent leaks relating to it created interference, which frustrated and obstructed congressional oversight efforts.”

That briefing was just weeks before the 2020 presidential election, during which social and legacy media outlets willfully suppressed accurate and very damaging reporting out the Biden international business cartel.

Biden won the election narrowly, after that suppression as well as the $420 million Mark Zuckerberg handed out, through foundations, to local elections officials who then promoted voter turnout in Democrat strongholds.

Analysts have concluded either effort could have taken an election victory away from President Trump and delivered it to Biden. They also have concluded that the 2020 election was, in fact, “rigged” for a Biden victory.

The Republican senators charge that the FBI “briefing” was done on the orders of Democrats in Congress, and was used to “falsely attack our Biden investigation as advancing Russian disinformation.”

The letter explained, “For example, on July 13, 2020, then-Minority Leader Schumer, Senator Warner, Speaker Pelosi and Representative Schiff sent a letter, with a classified attachment, to the FBI to express a purported belief that Congress was the subject of a foreign disinformation campaign.

“The classified attachment included unclassified elements that, among other things, attempted – and failed – to tie our investigation into the Biden family’s financial deals to foreign disinformation. Those elements were then leaked to the press,” the senators charged.

“We’ve successfully refuted those false allegations and, most recently, we’ve made public a series of authentic bank records relating to the Biden family’s connections to the communist Chinese government, which Democrats had previously tried – and failed – to claim advanced Russian disinformation,” they wrote.

It was because of “Democratic pressure” that the staged briefing was delivered, which “consisted primarily of information that we already knew and information unconnected to our Biden investigation.”

And they noted, “Whistleblowers have recently alleged that in August 2020, the same month you provided the briefing to us, FBI officials initiated a scheme to downplay derogatory information on Hunter Biden for the purpose of shutting down investigative activity relating to his potential criminal exposure by labeling it ‘disinformation.’

“Whistleblowers have also alleged that local FBI leadership instructed employees not to look at the Hunter Biden laptop immediately after the FBI had obtained it,” they said.

They said, “The FBI answers to Congress and the American people; therefore, we request that you appear before us for a transcribed interview on these and related matters no later than September 8, 2022.”

The Examiner noted, “Grassley and Johnson said Thursday that they have repeatedly requested ‘relevant records relating to what happened at the briefing, including the 302 or similar summary, the intelligence basis for the briefing and the personnel involved in making the decision to brief us,’ but that the FBI has ‘consistently failed to respond in full to each request and failed to provide those critical records which casts further doubt on the true purpose for the briefing.’”