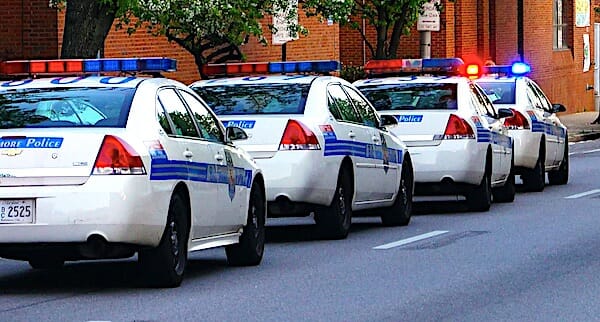 The CDC admits it has withheld COVID-19 data because it fears that critics will misinterpret it, and several countries have curbed their publishing of pandemic statistics for the same reason.

Now, amid a soaring crime rate in many cities across the nation, the FBI has notified readers of its quarterly report that the bureau can’t release certain statistics because not enough law enforcement agencies have submitted data.

Powerline blogger Steven Hayward surmised that the omission may be a consequence of cutting police budgets, observing, “That’s one way of reducing the crime rate!”

A dozen major Democratic-led American cities broke annual homicide records last year. The bad news has been punctuated with stories of people with an extensive criminal record being accused of murder after having been released on minimal bail. They include the man charged with the murder of a UCLA grad student and the man charged with driving at high speed through a Christmas parade in Waukesha, Wisconsin, and killing six people and injuring 60 others.

Hayward noted the Wall Street Journal is reporting a phenomenon law enforcement agencies are calling “crime tourism,” in which groups of thieves from South America are traveling to California to burglarize homes.

The San Francisco Chronicle, meanwhile, reported a new poll indicates San Francisco’s pro-criminal DA Chesa Boudin would be recalled if a vote were held. Of 800 likely voters, 68% said they would vote yes on recalling Boudin. Seventy-four percent have an unfavorable opinion of him, and 78% rated his job performance as “only fair” or “poor.”

Many Democratic-run cities have top prosecutors with similar reputations whose campaigns were funded by George Soros. And those cities have the nation’s highest crime rates.