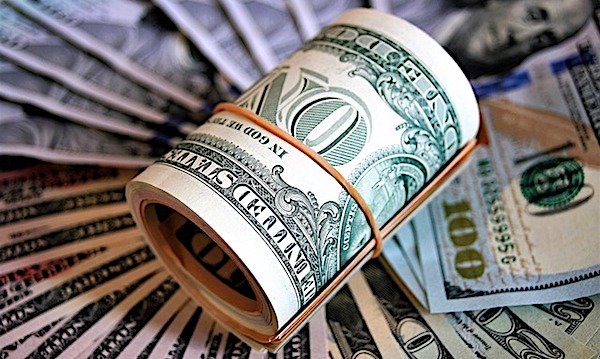 The federal government is returning some $1 million law-enforcement officers had seized from drivers for an armored car company that was hired specifically to serve the needs of California’s marijuana industry, according to a new report.

WND had reported in January when the fight over civil forfeiture procedures erupted.

That was when the Institute for Justice, which previously has sued the FBI, the Drug Enforcement Administration and the Transportation Security Administration over their use of the strategies, and successfully has worked to have the practice banned in Maine and several other states, charged that the San Bernardino County Sheriff’s deputies and federal agents had partnered to steal more than $1 million from legal cannabis businesses.

The situation involves Empyreal Logistics, an armored car and fintech company that operates in many states.

The institute charged in a lawsuit that the strategy in San Bernardino County was no more or less than “highway robbery.”

It charged the seizures have no justification in state or federal law.

At the time, IJ Senior Attorney Dan Alban explained, “This is nothing but highway robbery using badges. Empyreal is transporting proceeds from legal businesses to financial institutions. These seizures don’t stop crime or improve public safety; they just enrich these agencies, which get to split the proceeds from civil forfeiture. These funds are only being seized because of that profit incentive. And that’s not remotely legal or constitutional.”

Now Just the News reports the money is being returned and settlement talks are continuing between the sheriff and the company.

The armored car company said its drivers were “pretextually” pulled over five times in less than a year.

The Department of Justice reached a settlement April 13 with Empyreal, the first domino to fall in the processes that grabbed money and handed it out to various law enforcement jurisdictions.

“Empyreal was operating legally under California law, but with current federal civil forfeiture laws, even compliant businesses can be targeted,” Alban said in a statement.

Empyreal also is fighting the confiscation of $176,000 in Kansas, but that is a separate case.

Just the News said Empyreal, based in Pennsylvania, operates in 28 states and also serves companies not in the marijuana industry.

It accused authorities in California of “repeated and continuing highway robberies of armored cars by government agents.”