FLASHBACK: Here's why gas is up $2 since Biden took office 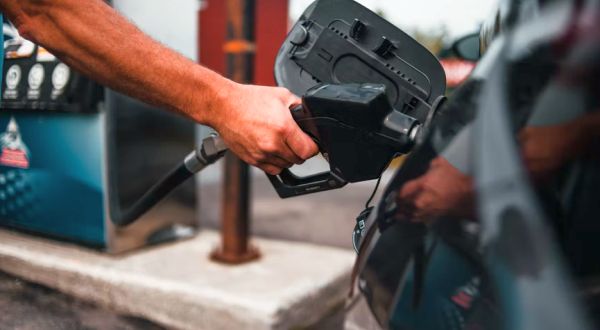 While the Biden administration continues to insist the record high prices at the gas pump are largely due to Russia’s invasion of Ukraine, a video montage of the president’s vows during the 2020 campaign to crush the industry that provides the vast majority of energy, along with his actions on his first day in office, suggest there are other factors in play.

In a July 2019 primary debate with his Democratic Party opponents hosted by CNN, Biden was asked, “Would there be any place for fossil fuels, including coal and fracking, in a Biden administration?”

“No,” he replied. “We would work it out. We would make sure it’s eliminated.”

In the CNN debate, Biden stated emphatically: “No more drilling on federal lands. No more drilling, including offshore. No ability for the oil industry to continue to drill. Period.”

In conversations with individual voters on the campaign trail, he promised to “end fossil fuels” and stop fracking and new pipelines.

Biden also affirmed that he would be willing to sacrifice economic growth and thousands of blue collar jobs to hasten the transition to alternative energy.

See the montage of Biden’s condemnation of the oil industry:

Wondering why gas is up $2 since Biden took office? Watch this.pic.twitter.com/X5tcDOPtT8

Biden’s campaign later clarified that “eliminating” oil-based energy meant ending subsidies for the industry and transitioning by 2050 to an economy with net-zero emissions.

On Thursday, however, Sen. Josh Hawley, R-Mo., tied the president’s policies to the record-high gas prices in an exchange with Secretary of Energy Jennifer Granholm.

Granholm told Hawley “you can thank the activity of Vladimir Putin for invading Ukraine.”

The senator shot back: “With all due respect, madam secretary, that’s utter nonsense.”

Hawley argued that long before the Russian invasion – from January to August of 2021 – “the price of gasoline was up over 30% in my state alone.”

“It has been a continuous, continuous upward tick since then,” Hawley said.

“And here’s what your president did when he first came to office. He immediately reentered the Paris Climate Accord. He canceled the Keystone Pipeline. He halted leasing programs in ANWR. He issued a 60-day halt on all new oil and gas leases and drilling permits on federal lands and waters. That’s nationwide,” Hawley said.

The senator noted the halt affected 25% of U.S. oil production.

“He directed federal agencies to eliminate all supports for fossil fuels,” Hawley continued. “He imposed new regulations on oil and gas and methane emissions. Those were all just in the first few days. Are you telling me that had no effect on our energy supply?”

On March 31, Biden announced his decision to release oil from the Strategic Petroleum Reserve, promising prices at the pump would “continue to come down … it will come down and it could come down fairly significantly.”

Economists warned that the move could make gas even more expensive, and less than two months later, the average gas price has surged to $4.59.

Biden on March 31: Gas prices will “continue to come down … it will come down and it could come down fairly significantly”

Gas prices just reached a new record high for the 9th day in a row. pic.twitter.com/8quZblf5pQ