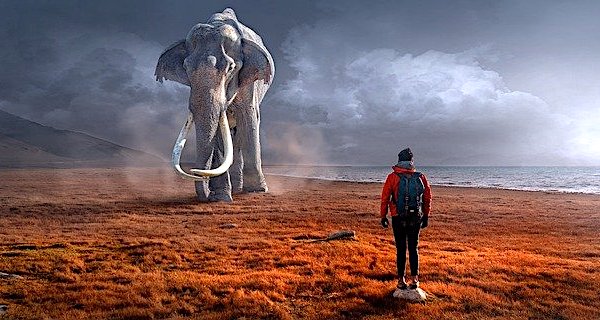 Wooly mammoths might be making a comeback thanks to Colossal Biosciences of the great state of Texas.

The Dallas-based company says it plans to take on the environmental issues that led to critical endangerment and perform the once seemingly impossible task of reviving long-extinct species.

Colossal announced it will pioneer the use of CRISPR technology along with other genome engineering technologies toward a practical working model of de-extinction initially focused on its long-term goals of successful restoration and rewilding of functional woolly mammoths, large proboscideans from the Ice Age, to the tundra, according to a press release.

The company, co-founded by software entrepreneur Ben Lamm with geneticist and serial biotech entrepreneur George Church, Ph.D., announced in March it had raised more that $75 million for the project. That’s enough, they think, to bring back the wooly mammoth – and other extinct species as well as critically endangered species.

“We’re making the path to de-extinction and species preservation a reality by bringing the planet one step closer to reversing the downward trend of ecosystem degradation and the staggering loss of biodiversity through cutting edge genetic tools,” Lamm said.

“The technologies and solutions developed through our mammoth restoration project will not only return Arctic elephants to the tundra, but will target larger implications for conservation, science, and humanity.”

Through radical transparency and collaboration with nonprofits, conservation groups, governments, and the general public, Colossal aims to develop genetic toolkits and support DNA databases to aid in the restoration, diversification and rewilding of endangered species, Colossal indicated. This work and collaboration will also enable comprehensive population-based sequencing and computational analysis of elephants and mammoth genomes, genome editing, and viral disease resistance, as well as ex-vivo development.

Plans include repopulating the Arctic with a population of “mammoth-elephant hybrids.”