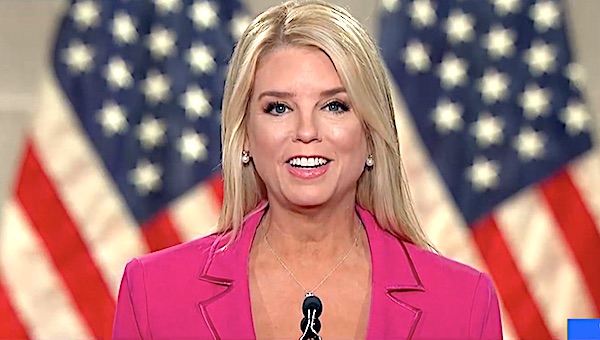 A case before the U.S. Supreme Court about a football coach who took a knee and thanked God following each of his high-school team’s games, win or lose, is important because America was “founded on the sacred right of every American to practice his or her faith in peace without fear of retribution, repression, or retaliation by any cultural movement or government officials seeking to coerce compliance against personal religious conscience.”

The two published a commentary on the case involving former Washington state high-school football coach Joe Kennedy, who was fired by his district for expressing his faith, at the Daily Caller News Foundation.

The U.S. Supreme Court was to hear arguments in the case Monday, with a decision expected sometime over the summer.

The case will determine “if Americans have the right to express their religion freely,” the commentary said.

“As part of his gameday routine, Coach Kennedy silently kneeled in prayer at the 50-yard line following each football game in thanks to God for what his players were able to accomplish. For exercising his constitutional right to express his religious convictions freely, Kennedy was barred from coaching in 2015 and later fired by Washington state’s Bremerton School District,” the two explained.

Multiple faith-based organizations have spoken up on behalf of the coach – many in filings submitted to the justices.

“No American should be forced to choose between their faith and their livelihood,” they explained. “Religious liberty, one of the core freedoms that drove our Founders to the New World and a cherished freedom the U.S. has singularly defended throughout our history, must be defended at all costs.”

They cited other public references to God, including the “so help me God” in the nation’s oath of office.

In sports, the nation’s tradition of religious expression is “longstanding.”

“For example, football’s rise to prominence within the Ivy League in the 1880s originally fostered a strong association between Christian virtue and athletics in general, characterized by ‘fair play, respect (both for oneself and others), strength (physical and emotional), perseverance, deference, subordination, obedience, discipline, loyalty, cooperation, self-control, self-sacrifice [and], endurance.’

“Later, in the 1950s and 1960s, athletic ministries such as the Fellowship of Christian Athletes and Athletes in Action rose to national prominence due to their commitment to the expression of faith in collegiate and professional sports.

“Even in our era, hardly an event passes without the expression of an athlete’s religious beliefs on the field of competition. Football receivers often point up to the Heavens after making a touchdown reception. Batters approach home plate and often kiss a gold cross or make the sign of the cross on the plate before taking their stance in the batter’s box,” they said.

However, they warn, “Sadly, religious liberty is under assault in the West as censorship has parasitically spread. Courts around the world have been weaponized against faith leaders and citizens alike for practicing their faith. Western democracies such as Finland and Canada, the same nations that have shined as global refuges for religious freedom and human rights, now imprison their own citizens for exercising their religious convictions. America cannot follow suit.”

The question at hand is whether the United States, “founded on the sacred right of every American to practice his or her faith in peace,” will continue to protect freedom of religious expression, they warned.