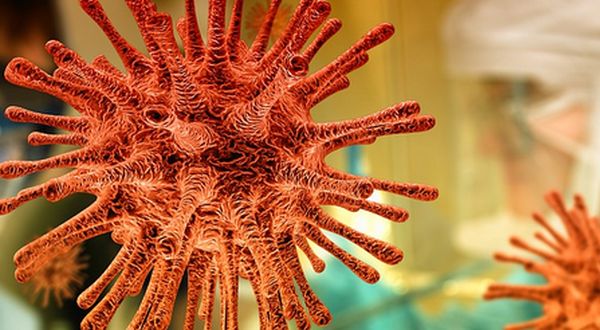 One of the problems America faces in fighting COVID-19 is that the president has a “vaccine idolatry,” and it is not working.

Those are the comments from Bobby Jindal, the governor of Louisiana from 2008-2016, a 2016 candidate for the GOP nomination for president and now head of the Center for a Healthy America at the American First Policy Institute.

He warns, in a column at Real Clear Policy that there has to be more to the discussion about COVID and vaccines than “follow the science.”

“Mindlessly chanting ‘follow the science’ seeks to delegitimize conservatives without considering the merits of their arguments. ‘Follow the science’ did not apply when Democrats questioned vaccines, and public health experts advocated delaying their approval while Trump was in office. ‘Follow the science’ does not apply when serious researchers explore whether herd immunity is a workable strategy, risk-based approaches should differ by age and other demographics, or the costs of eradicating COVID exceed the benefit beyond making it endemic and largely survivable,” he explained.

“Biden’s strident rhetoric castigates mandate opponents as opposing science and favoring COVID. He seems more interested in browbeating than persuading the unvaccinated, and ignores the reasonable pro-vaccine, anti-mandate, and anti-school closures position that worked for Glenn Youngkin. One can believe in vaccines’ efficacy without believing them panaceas. Biden should follow the science and adopt a more holistic approach, as his vaccine idolatry is not working,” he found.

He pointed out that Biden promised to resolve COVID when he was elected but failed, “prematurely” declaring victory on July 4 so he could focus on his still-unsuccessful “Build Back Better boondoggle.”

“As America’s COVID deaths in his first year exceeded those in President Trump’s last year, liberals are eager to blame conservatives for refusing to ‘follow the science,’” he wrote. “Biden has framed vaccination as self-evident patriotic duty — rather than a personal choice based on risk tolerance and individual circumstances — giving liberals another excuse to feel morally superior.”

The Supreme Court heard arguments Friday on Biden’s latest mandates that people be given the shots or else.

But Jindal pointed out Barack Obama, and Joe Biden, “opposed health insurance mandates” before they were for them.

Democrats along the way have supported Biden’s agenda, while Republicans have opposed it, but Biden undercut his own arguments when he snapped he was “losing patience” with the unvaxxed, Jindal wrote.

The problem for employers is that if they insist workers accept the shots, they lose workers.

“States have broad police powers they can invoke in emergencies. The Supreme Court ruled in the 1905 case of Jacobson vs. Massachusetts that states can mandate vaccines, but federalism allows states powers denied to Biden,” Jindal said. “Courts and legislators have curtailed emergency powers the longer the pandemic lasts, as governments have time to enact policies through normal legislative processes. Over half of the states passed laws limiting public health authority,” he explained.

He concluded, “Biden’s obsession with vaccines and masks causes him to neglect tests and treatments, seeing them as distractions that will be rendered obsolete by universal vaccination. Vice President Harris admitted they did not anticipate and prepare for more transmissible Delta and Omicron variants. The CDC in June said vaccinated individuals no longer needed to be tested, and the administration failed to approve tests available in Europe. The mixed messaging and uneven demand caused Abbott Laboratories to lay off workers, cancel supplier contracts, and destroy millions of tests. Biden’s mandate that unvaccinated employees be tested weekly creates even more unmet demand. While America has led other nations in developing and securing vaccines, the U.K. and Germany have done a better job providing rapid tests,” he explained.

He said Biden “should be giving Americans options for managing the omicron surge and creating confidence among the vaccinated. He instead defines success in case numbers rather than more pertinent measures like serious cases, mortality, and hospital capacity, undervaluing the loss of freedom, privacy, and normalcy.”

Jindal said Americans now are suffering from “COVID fatigue” as government has overpromised and underdelivered under Biden, who has created uncertainty over vaccinations, boosters, masks, quarantines and more.