George Barna calls for 'all hands on deck' for election 2022 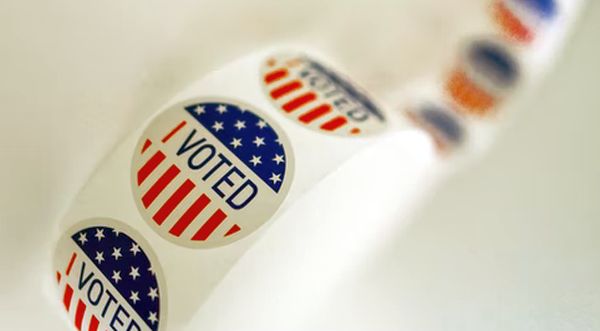 This year is the year for “all hands on deck” for Christians at America’s elections, according to George Barna, senior research fellow at the Family Research Council’s Center for Biblical Worldview.

In a commentary at the Washington Stand, he wrote, “It seems that sometimes conservatives are in danger of being like the boy who cried ‘wolf’ too often, turning the ears of his tribe deaf to his pleas for help when such action was truly needed.”

However, he said, “As I look at the state of our country today, during this time of government-driven oppression, persecution, deception, disunity, and redefinition, I do not believe that begging the true church to stand strong and long is either ill-timed or overreaching.

“If we do not stand this November, we may not have the chance again. And standing in November means more than simply voting and carrying out some other non-strenuous election-related effort. This is a season for intensity, diligence, solidarity, sacrifice and intercession.”

He said, “The November 8th midterm elections represent an ‘all hands on deck’ moment for biblical Christians in America.”

He said for years Christians have thought they were fulfilling their obligations by casting a ballot.

“But the times have changed dramatically. Those votes were cast during an era when the government was legal and healthy (albeit sometimes misguided), and elections were generally fair and trustworthy. Those days are long gone. Corruption, deception, abuse of power, misuse of government funds, and media collusion are the new political norm in America. Merely voting is no longer enough to ensure the security and extension of a safe country driven by the Constitution, rule of law, and biblical morality,” he said.

“If there is any hope of stabilizing and restoring our nation, we desperately need an ALL HANDS ON DECK commitment from biblical Christians between now and November.”

The cited the depressing statistics: Among theologically defined, born again Christians, one in five isn’t registered to vote and not even one in four volunteers for a candidate, donates, or participates in marches and rallies.

It’s about the same for “theologically-conservative adults (both Protestant and Catholic),” he said.

And for adults who attend an evangelical church, one out of six isn’t registered to vote and not even one out of four helps a candidate, donates, or tries to register unregistered adults as voters.

“Perhaps the most striking realization is that when it comes to faith and politics, even our ‘showcase’ niche (SAGE Cons) has a lot of room for growth. These Spiritually Active Governance Engaged Conservative Christians (SAGE Cons) may be defined by engagement in both spiritual and political matters, but they bear more in common than in contrast with the other Christian segments just detailed,” he explained.

And while they are politically aware, they are only half as likely as the national average to volunteer in a political campaign.

“Although they are substantially better informed politically and are much more likely to have a biblical worldview (or at least to know the Bible well), barely more than one-third of them invests in persuading other individuals they know to vote in a specified way,” Barna said.

He said SAGE Cons are important to Christian churches. But, he said, “Clearly, in a time of national distress, everyone needs to step up their game — even SAGE Cons.”