Google gets legal warning not to censor crisis-pregnancy centers 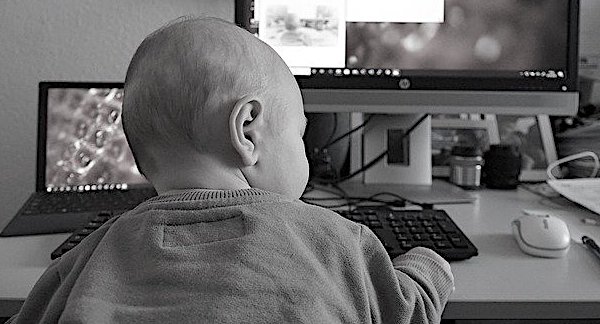 Leftists across America are in meltdown because the Supreme Court simply returned regulation of the lucrative abortion industry to the states.

They’ve insisted that as abortion businesses are closing because of new state limits, so must crisis pregnancy centers close down.

Why? Because, in the minds of abortion promoters, they must be misleading women because they don’t provide abortions.

Sen. Elizabeth Warren, D-Mass., notably demanded that the federal government shut them down – all of them – all across the nation.

At a minimum, there’s been a move to have social-media corporations censor information about those thousands of centers that help millions of women each year.

But now Google is being warned not to do that.

They warned the company to not limit the appearance of pro-life crisis pregnancy centers in abortion-related search results.

It was a team of Democrats in Congress who earlier submitted that demand.

“Complying with these demands would constitute a grave assault on the principle of free speech,” the Republicans explains. “‘Unbiased access to information,’ while no longer a component of Google’s corporate creed, is still what Americans expect from your company. ‘[S]tudies have found web users are more likely to find and trust news through search than social media sites.’”

The AGs said they are troubled by the “gallingly un-American political pressure” to promote abortion and censor information that leads to alternatives.

“As the chief legal officers of our respective states … we wish to make this very clear to Google and the other market participants that it dwarfs: If you fail to resist this political pressure, we will act swiftly to protect American consumers from this dangerous axis of corporate and government power.”

They cited the recent letter from Sen. Mark Warner and other Democrats who demanded that Google must “prevent anti-abortion fake clinics from appearing in search results.”

The AGs wrote, “That members of the United States Congress would openly call for the full weight and power of the federal government to shut down private charitable organizations that have shown compassion and love to so many vulnerable women over the years is unconscionable. It is the opposite of how a pluralistic society that values diversity of viewpoints must operate if it is to survive.”

The letter noted crisis pregnancy centers served more than 1.8 million clients in 2019, “providing services valued at $266 million at little or no cost to their patients.”

“Left-wing politicians’ sneering insults toward crisis pregnancy centers and their important work is all the more disturbing because it comes at a time when pro-life pregnancy centers are literally under attack by violent pro-abortion activists,” the letter said, citing vandalism at dozens of centers in recent weeks.

“Suppressing pro-life and pro-mother voices at the urging of government officials would violate the most fundamental tenet of the American marketplace of ideas,” they wrote.

The Decision report explained, “If Google caves to the demands of Democrats, the attorneys generals threatened to ‘avail … all lawful and appropriate means of protecting the rights of … constituents,’ including investigating if Google’s actions violate anti-trust laws; examining whether Google’s conduct amounts to an unlawful act of religious discrimination; and considering new nondiscrimination legislation.”