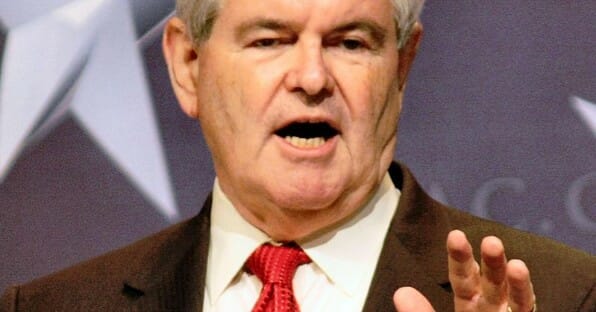 Voter frustration with and rejection of Joe Biden’s far-left agenda for America could bring – as many analysts are expecting – a GOP majority in Congress this fall.

But an analysis by former GOP House Speaker Newt Gingrich said the damage to Democrats could be far more lasting than just a congressional term.

In a report outlined by Paul Bedard in his Washington Secrets column, Gingrich noted Biden and his Democrats are working to “build a tidal wave of political rejection” of the left.

And it could be two generations before the leftists would be able to restore their influence.

That was when Republicans won 10 Senate seats, 63 House seats, and Warren G. Harding was made president in a landslide of 404 electoral votes.

“If that’s what happens, the Democrats, certainly in the House and maybe in the Senate, will be out of contention for probably two generations. They just won’t be able to claw their way back in,” he explained.

He has been enthusiastic about Republicans’ chances in the 2020 election, given Biden’s scarcely-there approval rating – as low as 19% among Hispanics. Don’t forget 9.1% inflation and $5 a gallon gasoline.

He shared a research paper with Secrets that said, “Republicans have to learn to talk about a New American Majority — not a Republican majority. Plan, think, and act for the American Majority. This requires listening to and learning from a lot of people who have not been historically part of the Republican Party.”

He said in the fall, Republicans who now trail Democrats in the House by only a handful of votes, could pick up between 25 and 70 votes.

He explained,” The American people are frustrated and hurting. They want a movement dedicated to practical, workable solutions that will improve their lives. They are tired of partisan politics. The New American Majority will grow by delivering better results than the Big Government Socialist-Woke Left coalition. Then it will explain the difference in results as fundamental differences in principle — not just personal capabilities.”