GOP states refuse to do business with 'woke' banks 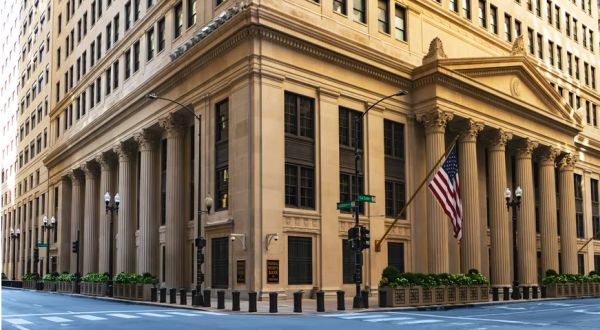 Vowing not to contribute to their “own destruction,” officials in Republican states officials are fighting back against banks that adhere to so-called environmental, social and governance standards, known as ESG.

BlackRock, Goldman Sachs and JPMorgan are among the five financial institutions prohibited from entering into banking contracts with West Virginia’s state treasurer’s office or any state agency, for example, Fox Business reported.

West Virginia State Treasurer Riley Moore told FOX Business that each of the five corporations had declared they will limit their engagement with oil and gas companies, which paid $769 million in taxes to the state government.

The woke banks, he said, have “weaponized our tax dollars against the very people and industry that have generated them to begin with.”

“That is why we’re pushing back against this ESG movement,” said Moore.

One bank already has reacted to West Virginia’s move, he pointed out, with U.S. Bancorp reversing its prohibition of lending to oil and gas companies.

The move toward ESG by some of the world’s largest banks and fund managers is a “weaponization of capital,” Derek Kreifels, the CEO of the State Financial Officers Foundation (SFOF), told Fox Business.

“If you want to make social change in this country, we have a democratic process that you should utilize to get that done,” he said.

The SFOF has built an alliance of state treasurers and financial officers committed to free market policies, Kreifels said.

Arizona State Treasurer Kimberly Yee told Fox Business the criteria her office will use to determine future partnerships will be based on whether companies “stand for American values” rather than the ESG rating system.

Higher prices at the pump and broader inflation, she said, can be blamed on the Biden administration’s “ESG agenda.”