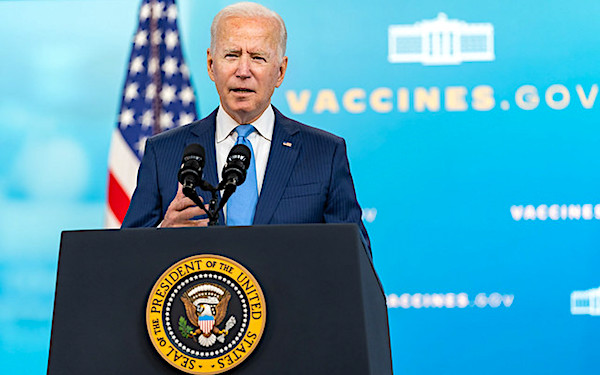 The organization reported it has obtained nearly 1,700 pages of records from the NIH, and one of the revelations is that FBI “inquiry” into the NIH grant to Wuhan.

“The records also show National Institute of Allergy and Infectious Diseases (NIAID) officials were concerned about ‘gain-of-function’ research in China’s Wuhan Institute of Virology in 2016. The Fauci agency was also concerned about EcoHealth Alliance’s lack of compliance with reporting rules and use of gain-of-function research in the NIH-funded research involving bat coronaviruses in Wuhan, China,” the report said.

While the deadly COVID-19 virus that was unleashed on the world is suspected to have come from that lab, Chinese officials have simply refused to cooperate with investigations that could determine that.

The virus is blamed for millions of deaths around the world.

In America, there have been significant questions raised about the process that was going on at the lab before COVID-19 exploded onto mankind, including whether American taxpayers were being billed for “gain of function” research, which essentially takes a threatening virus and tries to make it more dangerous.

But then he changed his story.

He said then that the term was “meaningless.”

The Washington Examiner reported at the time on Fauci’s comments in an interview with MSNBC.

Show host Mehdi Hasan asked Fauci about the issue, and Fauci said, “The Intercept reporting is completely misleading, because ‘gain-of-function’ … is a completely meaningless term unless you put it into context, and what has happened is that years ago we paused all function on manipulating viruses, which is an absolutely essential part of virology, in order to get certain guard rules and guidelines about what constitutes research that in fact might be dangerous and need special oversight.”

The Intercept had reported the Wuhan Institute of Virology, to which American money was sent, and the nearby Wuhan University Center for Animal Experiment, along with the U.S.-based EcoHealth Alliance which processed funding, actually were involved in what the U.S. government called “gain-of-function research of concern.”

Fauci had repeatedly and emphatically denied that the government was involved in such research.

But just last year the National Institutes of Health found EcoHealth did violate guidelines in doing risky bat coronavirus experiments in China. And emails between the alliance and the government confirmed a resumption of “gain-of-research” funding.

Fauci’s explanation was that the guidelines for what actually is that research have changed, and that research that has been done with NIH funding met the requirements “at the time.”

Richard Ebright, a professor of chemical biology at Rutgers University, then, however, told the Washington Examiner that Fauci wasn’t truthful.

A layman’s explanation is that research tries to find ways to make pathogens worse, so they can be studied in preparation for a fight against those infections.

Judicial Watch said it obtained records through a Freedom of Information Act lawsuit.

It explains among the details found were “several indications of gain-of-function research, as well as failures to comply with reporting regulations.”

Those details include emails dating back to 2016 talking about the “gain-of-function” funding pause that had occurred.

NIAID official Erik Stemmy noted, “They have proposed work for the next year of the award that may be subject to the gain-of-function funding pause.”

A following email the same year said the NIH grant to Wuhan “may include gain of function research … that is subject to the U.S. government funding pause.”

Tellingly, the emails discussed using “the genetic codes of some of the other viruses we found in bats and inserted spike protein genes of those viruses (the proteins that attach to cells) into the cultured viruses. By doing this experiment we showed that other viruses may also be able to infect human cells, and were able to do this safely without the need to culture large amounts of virus…. This work proves that there is a clear and present danger for future emergence of novel SARS-like viruses in people.”

“The incredible disclosure of an FBI inquiry shows that Fauci and others involved in this scandal were being dishonest in dismissing the seriousness of questions about their cover-up of their funding of dangerous gain-of-function research in China,” said Judicial Watch President Tom Fitton. “Any FBI inquiry would be appropriate as these documents, extracted by Judicial Watch after years of stonewalling, also show that Fauci’s agency knew and should have known, going back to 2016, that it funded dangerous and prohibited gain-of-function research in China.”