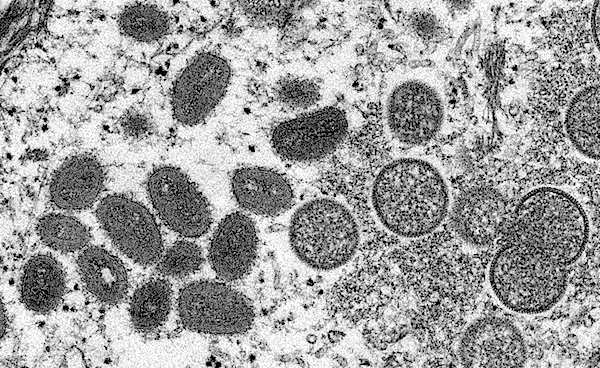 Most cases of monkeypox have been in gay and bisexual men, the United Kingdom’s Health Security Agency announced Friday.

The government released a report Thursday night stating, “Investigations to date have identified links to gay bars, saunas and the use of dating apps in the UK and abroad.”

A total of 207 cases of monkeypox have been identified in the U.K., DailyMail.com reported. Worldwide, 617 cases have been confirmed.

Despite the U.K. report and the CDC’s determination that monkeypox does not spread easily through the air like COVID-19, DailyMail.com said: “Scientists are still unsure what is driving the current outbreak, now spotted in two dozen countries, given the virus is normally confined to people returning from Africa.”

African nations have seen periodic monkeypox outbreaks since the virus was first discovered in humans in 1970.

Professor Kevin Fenton, London regional director for public health said monkeypox “can affect anyone but we know that many of the most recent diagnoses are in gay, bisexual, and other men who have sex with men, many of whom live in, or have links to London.”

“We’re reminding everyone of the symptoms of monkeypox, and especially gay and bisexual men in particular, to be especially aware and seek advice immediately by calling NHS 111 or their local sexual health clinic if they have concerns,” he said.

Fenton added: “As with any new disease outbreak, the risk of stigma and uncertainty is great.”

‘This is why we’re working side by side with the NHS, sexual health, voluntary and community sector organizations in London to share accurate information about monkeypox especially to people and groups at increased risk through representative voices.”

A former WHO official said last month the outbreak of monkeypox in a dozen Western nations is a “random event” that appears to have been the result of transmission among homosexual and bisexual men at two raves held in Spain and Belgium.

Dr. David Heymann, the former head of the WHO’s emergencies department, told the Associated Press it “looks like sexual contact has now amplified” the transmission of monkeypox.

And the WHO’s top official in Europe, Hans Kluge, said Friday the cases of monkeypox “currently being detected are among those engaging in sexual activity.”