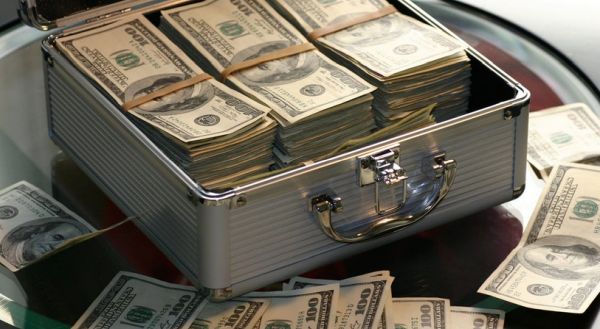 Civil forfeiture practices in several states have come under fire in recent years in disputes triggered by controversial cases that involved the seizure of homes, cars and even cash from innocent people.

Some of those practices have been ruled unconstitutional by courts, and lawmakers now are proposing plans that would require a criminal conviction in order for a civil forfeiture to stand.

The concept is that authorities should be allowed to confiscate money used in criminal activity. But victims who lose money, and never are charged, much less convicted, accuse the police agencies of utilizing those laws, which give them a percentage of the take, to boost their budgets.

Now a case brought by the Institute for Justice, which previously has sued the FBI, the Drug Enforcement Administration and the Transportation Security Administration over their use of the strategies, and successfully has worked to have the practice banned in Maine and several other states, reveals the dispute has been taken to a whole new level.

The organization reports that San Bernardino County Sheriff’s deputies and federal agents have partnered to steal more than $1 million from legal cannabis businesses.

The situation involves Empyreal Logistics, an armored car and fintech company that operates in many states.

It has sued several federal law enforcement agencies and the San Bernardino County sheriff after being “the victim of roadside seizures which amount to highway robbery,” the Institute reported.

“This is nothing but highway robbery using badges,” said IJ Senior Attorney Dan Alban. “Empyreal is transporting proceeds from legal businesses to financial institutions. These seizures don’t stop crime or improve public safety; they just enrich these agencies, which get to split the proceeds from civil forfeiture. These funds are only being seized because of that profit incentive. And that’s not remotely legal or constitutional.”

“Notably, Empyreal never transports cannabis products,” the institute reported. And it serves other industries, too.

But five times in the last 10 months or so, police have “stopped Empyreal vehicles on highways. During three of these stops, officers seized the bank deposits the vehicles were transporting. Sheriffs’ offices in California and Kansas then transferred the funds to federal law enforcement to take advantage of lax federal civil forfeiture practices. If successfully forfeited, up to 80% of the proceeds taken through the federal ‘equitable sharing’ program would then return to local law enforcement to spend as it pleases,” the IJ said.

The stops have produced no federal or state criminal charges against Empyreal or its workers or clients.

“Empyreal is proud to provide a professional and secure solution for our customers to safely transport their deposits into the financial system, which increases transparency and makes communities safer by getting cash off the streets,” said Empyreal CEO Deirdra O’Gorman. “Because both we and our clients operate completely within the law, we have never had problems until recently. To continue serving our clients, we have no choice but to stand up for our constitutional rights.”

“In all three cases, Empyreal’s driver was pulled over on a flimsy pretext that did not result in a ticket or arrest. Instead, deputies were focused on seizing cash deposits from cannabis dispensaries,” the institute reported.

So there is “no authority” for the seizure of funds.

“What is happening to Empyreal potently illustrates why we call civil forfeiture ‘policing for profit,’” said IJ Attorney Kirby Thomas West. “Law enforcement is trying to take more than a million dollars without charging anyone with a crime. That is absurd and deeply unconstitutional. It is yet another reason why lawmakers need to eliminate civil forfeiture altogether.”