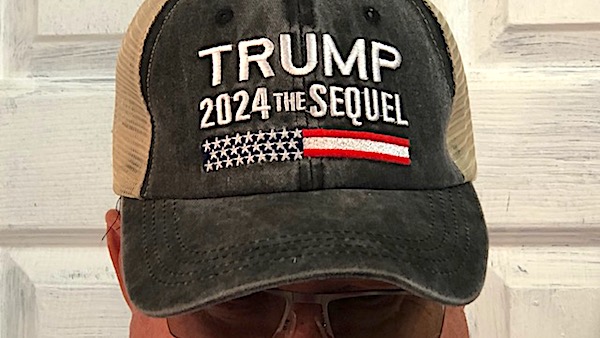 There are a dozen election irregularities that GOP members of the U.S. House are reviewing already.

At least a dozen.

Just the News reports that GOP members apparently were stung during 2020 through reacting slowly to rule changes made by Democrats late in the election process.

So “House Republicans led by Rep. Rodney Davis (R-Ill.), the ranking member of the House Administration Committee, have peppered state and local officials with letters ahead of the Nov. 8 midterm elections demanding redress of prior failures and preventive measures to preempt problems on Election Day.”

Hogan Gidley, of the Center for Election Integrity at America First Policy Institute, told the John Solomon Reports podcast anticipating election problems and preparing for them is key to security.

At that time, people in nursing homes who were designated not mentally competent to cast ballots, suddenly regained their thought processes that allowed them to cast ballots.

Further, two major influences on the election each now are considered to likely have changed the winner from President Trump to Joe Biden. First was Mark Zuckerberg’s $400 million plus used to recruit voters from Democrat strongholds, and the second was the FBI’s decision to lobby social media companies to suppress damaging information about Biden, days before the vote.

Gidley explained to Just the News, “Once that ballot goes to the machine, it’s over. You can’t put that toothpaste back in the tube … you can’t put the ballot back in the envelope and try and interpret what someone was thinking when they voted.”

Just the News then listed “12 of the top election integrity concerns” for GOP House members.

First was private funds being used in election influence operations, like the “Zuckerbucks” from 2020. Then too there were concerns over poll books that “were inoperable for an extended period of time” during 2022 primaries.

Third was the “voter education” agenda in Georgia, which taught a partisan view of various election procedures, followed by worries over illegally tabulated ballots during primaries, also in Georgia.

Next up was a concern out of New Jersey about whether voters were being allowed one, and only one ballot, and a situation in Oregon where tens of thousands of ballots had “blurry barcodes” and could not be counted.

In Colorado, which has abandoned ordinary election procedures and runs all balloting by mail, which is more susceptible to fraud, there were 30,000 voter registration notices sent to noncitizens by the state’s election official, a Democrat.

Others included the estimated 63,000 erroneous ballots sent out in Arizona, voter registrations sent to dead people in Texas, ballots that were not counted in Harris County, Texas, a mail-in coding error on 16,000 ballots in Pennsylvania and whether federal agencies, under Biden’s executive order, are inappropriately trying to interfere with or influence election results by recruiting voters in Democrat communities.