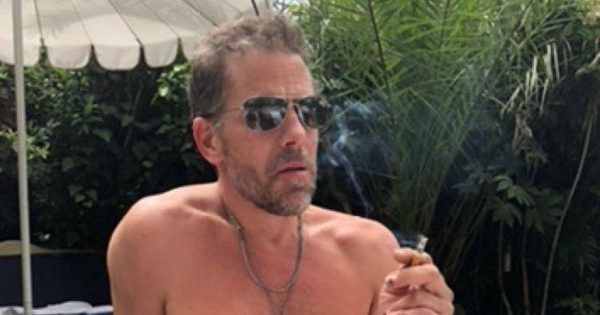 The personal calendar on the infamous abandoned laptop indicates Hunter Biden and his business partners met at the White House or the vice president’s residence with Joe Biden dozens of times, often immediately upon returning from business trips.

While Joe Biden continues to insist he never discussed his son’s business with him, the timing of the meetings and the people who participated suggest the president had an interest in the details of those deals.

Among the many significant entries, the calendar shows that four days after Hunter Biden met with billionaire oligarchs in Moscow Feb. 15-18, 2012, he met with Vice President Biden at the Naval Observatory.

A March 2, 2012, entry notes a meeting with Joe Biden and former Colombia President Andrés Pastrana Arango, whose business Hunter had been courting for months, according to emails.

In one email to Hunter, Schwerin mentioned numerous lucrative projects in Colombia, including two wastewater treatment plant projects valued at $380 million and $350 million, a $1.8 billion hydroelectric power plant, and a $3 billion upgrade to the Bogota subway system.

A formal contract was signed a month later.

Persistant denial
Earlier this month, despite voicemail evidence that Joe Biden spoke with his son Hunter about the international business ventures, White House press secretary Karine Jean-Pierre said the president maintains his stance that he had no such conversations.

Fox News White House Correspondent Peter Doocy posed the question to Jean-Pierre, referencing the DailyMail.com report of a voicemail from Hunter Biden’s laptop in which Joe Biden talks about a New York Times story on Hunter’s dealings with a Chinese energy firm controlled by the Communist Party.

In March, the New York Times finally acknowledged that the contents reported to be from a laptop abandoned by Hunter Biden at a Delaware repair shop were authentic.

In the Dec. 12, 2018, voicemail, Joe Biden references a New York Times story about Hunter’s dealings with CEFC China Energy. The company is an arm of Communist Party Chairman Xi Jinping’s chief global domination venture, the “Belt and Road Initiative.” Hunter Biden was working on a multi-million-dollar joint venture with CEFC in which the “big guy” – identified by a Hunter Biden business partner as Joe Biden – was to get 10% equity, according to an email from Hunter Biden’s abandoned laptop. One of the witnesses before a Delaware grand jury investigating Hunter Biden’s business dealings, according to a source, has been asked: Who is the big guy?”

In April, Biden’s then-press secretary, Jen Psaki, said the president stood by his statement that he has never discussed his son’s business dealings with him or with his son’s partners after a report that visitor log files showed Joe Biden met with one of Hunter Biden’s key business partners in the White House.

Along with the emails, photographs and other material on the laptop pointing to Joe Biden’s involvement in the global business scheme – including the mingling of finances and shared bank accounts, and his meetings with Hunter’s business partners while he was vice president – is the six-hour interview Hunter Biden’s former business partner Tony Bobulinski gave to the FBI last year, along with documents, emails and encrypted messages.

It was Bobulinski who identified Joe Biden as the “big guy” in the CEFC deal.