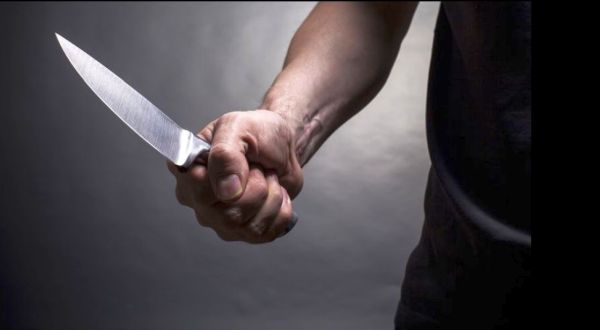 Two Palestinian children took part in a terror wave against Israel during 2015-2016 that cost 40 lives, including 36 Israelis, one Palestinian, two Americans and one victim from Eritrea.

Now the Palestinian Authority has launched a campaign to rehabilitate the reputation of Ahmad Manasrah, who was 13 when he and the other attacker, who died, were caught on video, knives in hand, chasing potential victims.

Palestinian Media Watch reports Manasrah was handed a prison term of 9 and a half years for the terror attack, and the PA now is pursuing a media and social media campaign to get him released.

One of the television ads, however, falsely claims the attacker was “run over and beaten” in Israel, and kindergartners were given signs to hold, declaring, “We are all Ahmad Manasrah.”

“The PA funded PLO Commission of Prisoners’ Affairs also tried to rewrite history, whitewash the Palestinian child terrorists and besmirch Israel and Israelis. According to the PA narrative, the terrorists were shot with ‘machine guns… on the pretext that they attempted to carry out a stabbing operation,’” PMW reported.

That statement, on Facebook, claims, “This story began on Oct. 12, 2015, mere days after the outbreak of ‘the Al-Quds Intifada’ (i.e., 2015-2016 Palestinian terror wave, 40 murdered). The Israeli occupation soldiers shot with their sub-machine guns at two Jerusalem children, Ahmad and Hassan Manasrah in the settlement of Pisgat Ze’ev in occupied Jerusalem, on the pretext that they attempted to carry out a stabbing operation, without relating to their young age and their innocent childhood. … Hassan ascended to Heaven as a Martyr, but Ahmad, who was not yet 14, was seriously wounded and afterwards arrested and interrogated before being transferred to the hospital in chains to stay there in intensive care.”

The report noted Manasrah was treated in an Israeli hospital and made a full recovery. It explained despite video of him claiming “I don’t remember” to questions about the attack, in other parts of the interrogations, “Manasrah provided full details of the attack, how he and his cousin-accomplice decided to carry out the attack, took knives from their homes, went to Pisgat Ze’ev to find their victims and planned to die as martyrs,” the report said.

A hearing has been scheduled June 19 for a court to decide whether the incident was properly classified as terror, which would preclude his early release.

Further, the report explains, Manasrah has been getting paid while in prison.

The PA Facebook statement also claimed the two teens, when their attack was foiled, were assaulted “by settlers who stepped on them, beat them vigorously, harassed them, and cursed them, even though they knew that they were seriously wounded.”

Other attacks that targeted Israelis during that time period included shootings, Molotov cocktails, and car rammings.